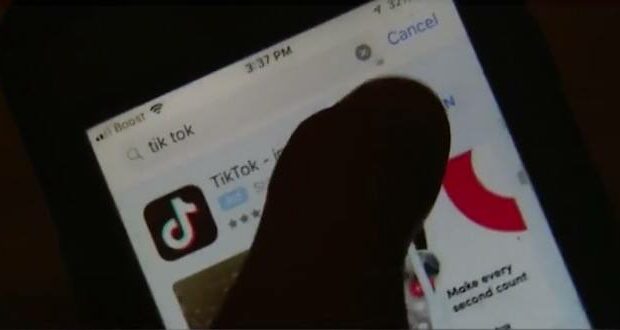 The Communist Chinese video-sharing app TikTok is an addictive drug that the Chinese regime is offering to Americans, according to Rep. Mike Gallagher (R-Wis.), the incoming chairman of a new House select committee on China.

“It’s highly addictive and destructive, and we’re seeing troubling data about the corrosive impact of constant social media use, particularly on young men and women here in America,” Gallagher said on NBC’s “Meet the Press” program that aired on Jan. 1.

“It’s also digital fentanyl in the sense that, as you allude to, it ultimately goes back to the Chinese Communist Party.”

Gallagher further expressed concerns about the threat that the Chinese app, which has soared in popularity, would impose on U.S. users as he noted that the parent company of TikTok—Bytedance—is under the control of the Chinese Communist Party (CCP).

“I’m concerned about TikTok’s ability to track your location, track your keystrokes, track what websites you’re visiting, even when you’re not using the app,” he said.

This collected information would help the Chinese regime in “effectively compiling dossiers filled with our data.

“I’m concerned about the lack of transparency around the algorithm, which is addicting kids,” he said.

Gallagher said TikTok is “incredibly dangerous” because it could act as a channel for malign influence operations.

“What’s most pernicious is the fact that since a lot of young men and women in America increasingly turn to TikTok to get news, what if they start censoring the news?” he said. “What if they start tweaking the algorithm to determine what the CCP deems fit to print?”

Gallagher says that such a scenario would be equivalent to the KGB or the Russian newspaper Pravda buying The New York Times and other major newspapers at the peak of the Cold War.

“That’s incredibly dangerous. That’s as if, in 1958, we allowed the KGB and Pravda to buy The New York Times, the Chicago Tribune, and The Washington Post,” he said. “That actually probably understates the threat. I think it’s a multipronged threat we need to look at.

“We have to ask whether we want the CCP to control what is on the cusp of becoming the most powerful media company in America.”

The U.N. estimates that more than 1 million Uyghurs have been detained in internment camps in Xinjiang.

“It’s most prominently and perversely expressed in Xinjiang province, but they’re supporting that throughout the rest of the country,” he said.

The lawmaker believes that the regime would replicate its authoritarian model in foreign countries.

Gallagher lauded his colleagues in the Senate for passing the ban on the Chinese social media platform on government devices. He expressed hope that the House would follow suit and expand the ban nationally.

He pointed to his bill, cosponsored by Rep. Raja Krishnamoorthi (D-Ill.), which would prohibit TikTok from operating in the United States and stressed that there should be a bipartisan effort to deal with the issue.

“I don’t think this should be a partisan issue. I want to work with them [Democrats]. And I think the Senate vote that we were talking about earlier is evidence that this isn’t a partisan issue,” he said.

Gallagher supported the option of selling TikTok to a U.S. company, which the Trump administration explored.

In August 2020, then-President Donald Trump invoked the Defense Production Act to order the Chinese parent company of TikTok to divest its U.S. assets in 90 days.

Some big names, including Microsoft and Oracle, reportedly were in talks for the deal at the time.

“So the devil is in the details, but I’m open to having that discussion with TikTok,” Gallagher said.

He further suggested a reciprocity approach, noting that Chinese officials are allowed to use U.S. apps such as Twitter, but Chinese citizens are deprived of access to those platforms.