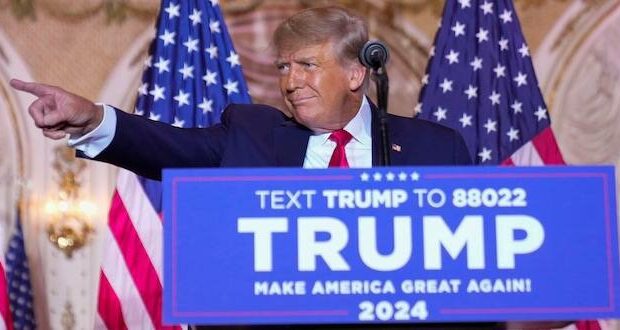 Pro-life leaders disagree with former President Donald Trump’s assertion that Republican candidates’ positions on abortion led to the party’s lackluster performance in the midterm elections. Susan B. Anthony Pro-Life America, which spent around $78 million to mobilize the pro-life vote in the 2022 midterms, reacted to Trump’s comments in a statement.

“The approach to winning on abortion in federal races, proven for a decade is this: State clearly the ambitious consensus pro-life view on abortion and contrast that with the extreme view of Democrat opponents,” the organization said. “We look forward to hearing that position fully articulated by Mr. Trump and all presidential candidates.”

In a statement on Truth Social last week, Trump argued that it wasn’t his fault that “Republicans didn’t live up to expectations” in the 2022 midterm elections. He’s not alone, in a video (below), Republicans are rethinking the abortion debate and how it impacted the election.

“It was the ‘abortion issue,’ poorly handled by many Republicans, especially those that firmly insisted on No Exceptions, even in the case of Rape, Incest, or Life of the Mother, that lost large numbers of Voters,” Trump wrote. “Also, the people that pushed so hard, for decades, against abortion, got their wish from the U.S. Supreme Court, & just plain disappeared, not to be seen again.”

Trump’s comments come as the 118th U.S. Congress takes office Tuesday. Because Republicans hoped to make significant gains, which the party out of power typically does in midterm elections, they netted only nine seats in the U.S. House and lost a seat in the U.S. Senate. The midterm election results were enough to secure a Republican majority in the House, but the net loss of a Senate seat means Democrats will maintain control of the chamber for the next two years.

Ben Domenech, editor-at-large of The Spectator, disagreed with Trump’s analysis that an unapologetic pro-life position on abortion spells electoral doom for the Republican Party.