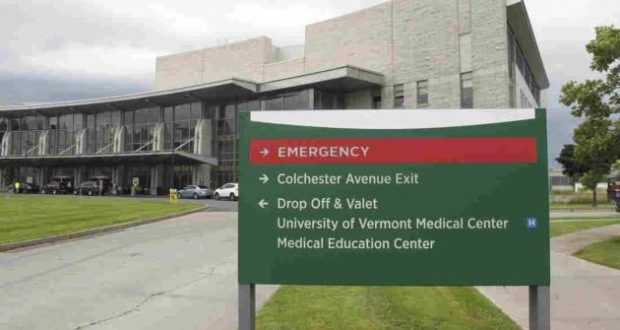 On Wednesday, the Department of Health and Human Services (HHS) announced it’s issuing a notice of violation after a medical center in Vermont forced a nurse to violate her conscience by assisting with an abortion.

The HHS said its Office of Civil Rights (ORC) is giving the University of Vermont Medical Center (UVMC) located in Burlington, Vermont, 30 days to change its policies after it broke the law by forcing a Catholic nurse to assist in an elective abortion over the nurse’s conscience-based objections.

The department also found also that the UVMC has discriminatory policies that assign or require employees to assist abortion procedures even after they have recorded their religious or moral objections to assisting in the performance of such abortions.

The violation letter asks the medical center to conform its policies to the Church Amendment — the so-called “conscience clause” — and take other corrective action, or face potential action by the HHS component from which UVMC has received federal funding.

On May 9, 2018, a nurse at the medical center represented by the American Center for Law and Justice, filed a conscience and religious discrimination complaint against the UVMC, contending that the nurse was forced to assist an abortion in violation of the nurse’s conscience rights.

The nurse voiced her objection to the hospital staff before the elective procedure. According to the HHS investigation, the physician and staff performing the abortion called her into the operating room under the pretense that she was assisting in helping the mother of a miscarriage, but upon entering the room discovered that she was being told to actively participate in an elective abortion.

As part of its investigation, the OCR reported it contacted the UVMC repeatedly in a good faith effort to seek cooperation from the medical center but the hospital refused to conform its policies to federal conscience laws, provide all the documents requested by OCR, or produce witnesses for OCR interviews.

Nevertheless, the OCR interviewed multiple witnesses and was able to gather evidence regarding the allegations.

In a statement on its website, the ACLJ said it “very much welcomes HHS’s vigorous enforcement of federal conscience rights in this case. No health care worker should be forced to abandon their career because they refuse to abandon their pro-life convictions.”

“Medical professionals should never be forced to sacrifice their commitment to protecting life to serve those in need. That’s why protecting the freedom to live and work consistent with one’s conscience is critical: It is at the heart of what motivates many who enter the medical field, a profession full of individuals who dedicate their lives to healing and doing no harm,” Alliance Defending Freedom Senior Counsel Denise Burke said in a statement.

“Unfortunately, nurses, doctors, and other health care providers—including ADF clients like Sandra Rojas, Fe Esperanza Racpan Vinoya and Cathy DeCarlo—have faced government discrimination and have even lost their jobs because of their commitment to saving life,” Burke continued. “We commend the Trump administration and HHS’s Office for Civil Rights for investigating and taking corrective action against the University of Vermont Medical Center for its flawed policies and for working to ensure the civil rights and conscience rights of all Americans are protected.”

The announcement also drew praise from the Faith & Freedom Coalition.

“Millions of people of faith across the nation are thankful to the Trump administration for protecting the Constitutional rights of a nurse who, because of her faith, objected to the taking of innocent human life,” said Tim Head, executive director. “The idea that a state hospital receiving federal tax dollars would threaten the welfare of a health care professional who voiced her objection to participating in an elective abortion is both outrageous and illegal.”