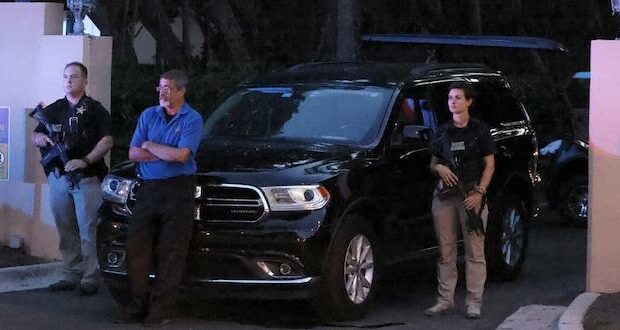 After dozens of legal experts and constitutional lawyers asked for the the Department of Justice (DOJ) to release the unredacted affidavit of the raid on his home, former President Donald Trump has joined in that demand.

Trump took to his social media platform, Truth Social, late in the evening on Monday, Aug. 15 saying releasing the affidavit would be in the interest of transparency. His comments echo those on both the left and right of the political aisle.

“There is no way to justify the unannounced RAID of Mar-a-Lago, the home of the 45th President of the United States (who got more votes, by far, than any sitting President in the history of our Country!), by a very large number of gun-toting FBI Agents, and the Department of ‘Justice,’” Trump wrote on Truth Social. “But, in the interest of TRANSPARENCY, I call for the immediate release of the completely Unredacted Affidavit pertaining to this horrible and shocking BREAK-IN.”

His demand comes as President Joe Biden’s administration on Aug. 15 asked a federal court to keep it shielded from the public, alleging that releasing it would “irreparably harm the government’s ongoing criminal investigation.”

“If disclosed, the affidavit would serve as a roadmap to the government’s ongoing investigation, providing specific details about its direction and likely course, in a manner that is highly likely to compromise future investigative steps,” lawyers for the Justice Department wrote in a 13-page filing to U.S. Magistrate Judge Bruce Reinhart.

Judge Reinhart is overseeing the case and approved the search warrant on Aug. 5.

On Monday, Trump said the FBI took three of his passports during the raid of his Mar-a-Lago home, calling the move “an assault on a political opponent at a level never seen before in our Country,” in a post on Truth Social.

Ordinarily, passports would only be seized if investigators believe the individual to be a flight risk. Without a legal passport, Trump will be unable to travel outside the United States.

Trump is being joined by an unlikely coaltion of both liberal and conservative organizations and media outlets have filed legal motions to have the underlying warrant affidavit and other materials relating to the search immediately disclosed to the public. They also argue that doing so is in the public’s interest.

Most concerning to constitutional scholars and political leaders is that FBI agents took documents possibly related to Trump’s 2024 candidacy for president. If true, it would mean that the DOJ, under the Biden administration, would have used the force of the federal government to meddle in an upcoming election.