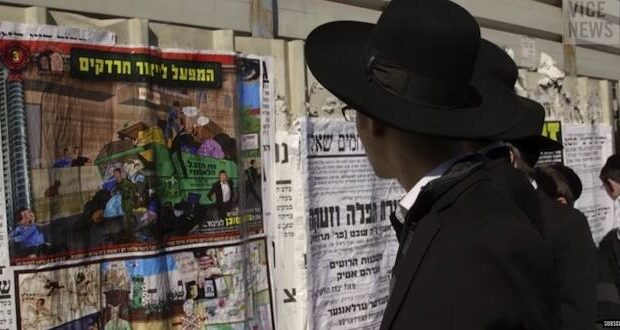 An ultra-Orthodox man looks at a poster criticizing the Israeli Military.

For Israel, a clash of cultures involving ultra-Orthodox Jews and the less religious threatens society.

Following the signing of agreements at the White House normalizing relations between Israel and the United Arab Emirates and Bahrain, Israel looks forward to more Arab and Muslim countries extending their acceptance and diplomatic recognition of the world’s only Jewish state.

President Trump said the agreements would be “the foundation for a comprehensive peace across the entire region” and said five or six other Middle East nations could soon normalize relations with Israel.

Based on these developments, it would seem that Israel is heading into a truly golden era of peace and prosperity.

But now, more than ever, I and a growing number of Israelis like me believe our biggest existential threat is that of internal turmoil caused by a breakdown in our society.

For four years I was a regular FoxNews.com contributor, reporting on the myriad issues facing Israel that included conflict in Gaza, threats from Hezbollah (Iran’s proxy terrorist army), Turkish and Iranian jingoistic meddling in the region, the collapse of Syria, the rise of ISIS, and the seemingly never-ending Palestinian Authority double-speak and intransigence that has so poorly served its own people.

Most of these regional issues remain, but Israel has managed to get by despite the odd hiccup along the way.

The greatest driver of this potential internal explosion is not tensions between Israel’s Jewish and Arab communities, but between ultra-Orthodox Jews and less-religious Jews. It’s a fissure that is rapidly growing into a cavernous divide. 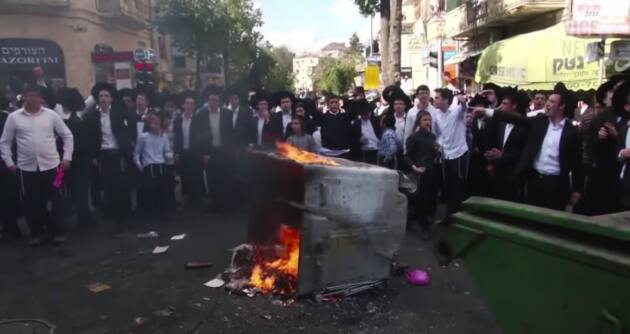 Politicians of all sides have buried their collective heads ostrich-like in the sand and refused to face up to the issue. If action isn’t taken soon, Israel could find itself hurtling down a slippery slope from which there is no palatable way back.

According to its respected Central Bureau of Statistics, the population of this tiny land is set to grow by almost 66 per cent before 2050. It’s hard to think of any country in the world that could successfully soak up such a massive surge in its population, even if everyone pulls their weight and does their fair share to help the country prosper.

Israel’s demographic problem is compounded by the fact that a great percentage of the forecast population rise will be among the ultra-Orthodox Jewish community, many of whom do not work full-time, but rather devote themselves to state-subsidized religious study. They have very large families — as many as 10 children is not uncommon — but a growing number live in poverty or near-poverty.

The vast majority of the ultra-Orthodox also refuse to serve in the Israeli military — something compulsory for all other 18-to-21-year-old Jewish citizens in a nation that has for so long faced a wide variety of external threats.

In an extraordinary recent Facebook post, the fears expressed by many in the Israeli mainstream received welcome support from the more moderate wing of the ultra-Orthodox world.

Halbertal added: “I do not believe that anyone should fund my faith. It is not moral that the secular public should fund the religious or the blessed birth rate among the ultra-Orthodox …. There is nothing more outrageous than the phenomenon of receiving a generous amount from the secular public, then spitting in its face.”

Despite some progressive voices and organizations within their ranks working to balance traditional religious values with modern living, a significant number of ultra-Orthodox Jews in Israel still do not even recognize the very existence or legitimacy of the country in which they live and are protected.

In an attempt to shine a light on this deeply troubling situation I recently published my first novel, “Kin or Country.”

The novel is a political thriller set in the year 2048 in the two-week period prior to a referendum in which the people of Israel are asked if they wish to divide their nation in two: a new religious State of Judea with Jerusalem as its capital; and a broadly secular, democratic, slimmed-down State of Israel with its capital in Tel Aviv.

The plot is complicated by a murder and subsequent investigation that has a massive bearing on voter opinion, and by the attempted intervention in the direction of the referendum by old regional enemies — the United States and Iran — both of which have vested interests in which way the vote will go.

Last weekend, Rabbi Yaakov Litzman, a very senior ultra-Orthodox figure who until recently was Israel’s embattled health minister, resigned from the coalition government to protest plans to lockdown the country for three weeks starting this Friday, the eve of Rosh Hashana, the Jewish New Year.

Despite a huge rise in deaths from the coronavirus, he was furious that the lockdown means synagogues cannot open and regular prayers cannot take place as usual.

When I wrote “Kin or Country” last year I genuinely believed it might take until the end of the 2040s for the massive demographic challenge presented by the growth of the ultra-Orthodox communities to reach a head. However, recent events prompted by the coronavirus-driven financial crisis and its fallout have already seen many of the issues I envisioned rush to the fore much faster than expected.

Seismic changes in the way Israel is governed and in the attitude of the many peoples living within its borders need to take place very soon to avoid a scenario similar to the premise of my book.

–Paul Alster is an Israel-based author and broadcast journalist. His novel “Kin or Country” is now available on Amazon. Reprinted with permission.

Metro Voice is an Amazon affiliate, thus when you investigate books and movies mentioned in columns, we receive support.