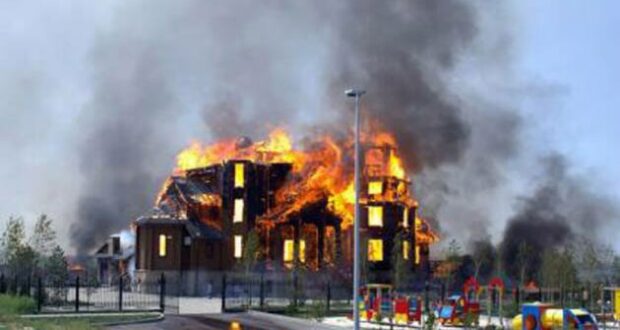 A whopping 71 percent of Americans support sending military aid, money, or a combination of both to help Ukraine fight against Russia.  The poll comes as some Republican leaders, including minority leader Kevin McCarthy (R-CA), say such aid may need to end.

For most Americas, the aid is a small price to pay to help defend a democratic state from the increasingly despotic regime of Vladimir Putin‘s Russia. Russia’s invasion and destruction of Ukraine is the largest conflict in Europe since WWII.

The U.S. has given just $17 billion in direct military aid. Additional funds have been given to support humanitarian work, including helping Ukraine’s children – 40 percent of whom have fled the country as refugees.

Still, the poll found 24.9 percent said to send Ukraine “nothing at all.”

“Americans want to continue to help Ukraine defeat Putin, but when you look at the numbers, less than half of voters think that U.S. assistance should include sending more money to Ukraine,” said Mark Meckler, president of the Convention of States. “Voters believe the U.S. is shouldering the burden of supporting Ukraine and seem to be questioning why we are sending billions overseas while our own economy slides deeper into recession. Our nation would benefit from hearing President Biden provide a clearly defined mission and role in the U.S. support to Ukraine, and reassurances that this will not just become a never-ending conflict that drains American resources and skyrockets our nation’s debt.”

Still, President Joe Biden‘s work on the Ukraine crisis finds his highest support from Americans of any administration initiative he has begun. But Americans also say Europe is not shouldering the burden as they should. That was a common theme spoken by former President Donald Trump. One of Trump’s biggest foreign policy successes, however, was to force fellow NATO members to pony up an additional $100 million in funding for NATO–something experts and his detractors said could not be done.

And Europe could do more, in the eyes of average Americans.

The poll found that 51.4 percent of those surveyed say that “considering the U.S. level of commitment to Ukraine, NATO and other European countries are not doing their fair share.”

This survey comes as a shakeup of Congress in the midterm election could impact the extent of federal funding for Ukraine.

“We will continue to stand with the people of Ukraine as they defend their freedom and independence with extraordinary courage and boundless determination,” Blinken said in the announcement. “The capabilities we are delivering are carefully calibrated to make the most difference on the battlefield and strengthen Ukraine’s hand at the negotiating table when the time is right. We stand United with Ukraine.”