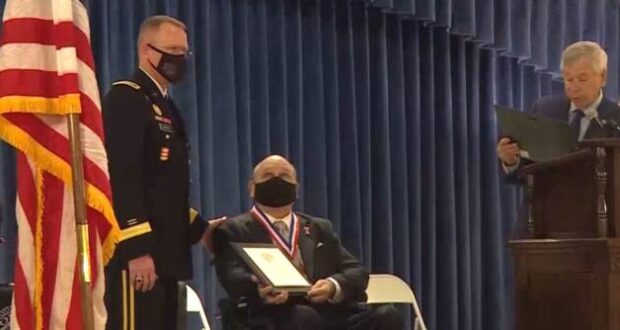 Veterans Day is fast approaching, and Missouri honored several of its heroes last week with induction to the Veterans Hall of Fame last week in Jefferson City. Joseph Frank, an Army veteran of the Vietnam conflict and only surviving member of the inaugural class, said he was honored to be among the first set of inductees.

“I’ve received a lot of awards over the years, and this one might mean the most to me,” he told “The Missouri Times”. “This is for Missouri veterans and families, and that’s important. Veterans do a lot for their communities and their country, and there are so many in Missouri who deserve to be recognized like this. I’m glad there will be more opportunities to recognize them.”

Retired U.S. Air Force Major General Cassie Strom, a board member for the organization, said the event was a way to honor Missouri’s wide array of veterans and their families.

“It’s hard to put anything together in the year of COVID, but it’s so exciting,” Strom said. “There are so many great people in the state of Missouri who continue to serve in their communities, and this class is so representative of the type of people we have in Missouri — from humble workers to president of the United States.”

Three other Missouri veterans were inducted into the inaugural class: