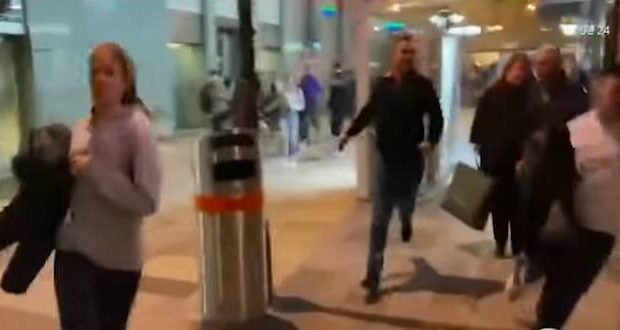 Authorities have announced an “Islamic terrorist” was responsible for the deadly attack on Jews in Vienna, Austria late Monday.

Gunmen attacked six locations in central Vienna on Monday evening shortly after 8 p.m. local time, starting outside the main synagogue in the city center. People were out in the city for the last night before a nationwide COVID-19 lockdown was expected to go into effect. The attack has killed at least four people and injured several others.

“Austria for more than 75 years has been a strong democracy, a mature democracy, a country whose identity is marked by values and basic rights, with freedom of expression, rule of law, but also tolerance in human coexistence. Yesterday’s attack is an attack on just these values.”

Nehammer said that initial investigations suggest the suspect was a sympathizer of the ISIS terrorist group. The suspected attacker was wearing an explosives belt that turned out to be fake during the attack, and was later shot to death by police, he said.

He did not elaborate further, citing the ongoing investigation. Authorities are still trying to determine whether further attackers may be on the run.

Police confirmed on Tuesday that three civilians were killed in the attacks—two men and one woman—with 15 others wounded, including a police officer. News agency APA later reported a fourth civilian had died.

The public has been urged by top officials to remain home on Tuesday. Vienna Mayor Michael Ludwig told broadcaster ORF that there will be a tougher police presence on Tuesday.

Authorities have called the incident a terrorist attack and said that people have uploaded around 20,000 videos of the Monday attack to police.

Unverified footage on social media showed gunmen walking through the streets, apparently shooting at people at random, wounding several, reported The Associated Press. One video showed a man gunning down a person outside what appeared to be a bar on the street housing the synagogue, Reuters reported.

Oskar Deutsch, the head of Vienna’s Jewish community, which has offices adjoining the synagogue, said on Twitter that it was not clear whether the temple or offices were targeted but that they were closed at the time.

Rabbi Schlomo Hofmeister, who told London’s LBC radio that he was living in the compound of the synagogue, said that while looking down from the windows he saw gunmen shooting at guests of various bars and pubs in the city.

“The gunmen were running around and shooting at least 100 rounds or even more in front of our building,” he told the radio station.

“We are victims of a despicable terror attack in the federal capital that is still ongoing,” Austria’s Chancellor Sebastian Kurz said hours after the attack.

“One of the perpetrators was neutralized, but several perpetrators appear to still be on the loose,” he said. “They seem to also, as far as we know, be very well equipped, with automatic weapons. So they were very well prepared.”

Condolences have come in from around the world, with top officials from the European Union, France, Norway, Greece, and the United States expressing their shock at the attacks.

U.S. President Donald Trump said in a statement: “Our prayers are with the people of Vienna after yet another vile act of terrorism in Europe.

“These evil attacks against innocent people must stop. The U.S. stands with Austria, France, and all of Europe in the fight against terrorists, including radical Islamic terrorists.”