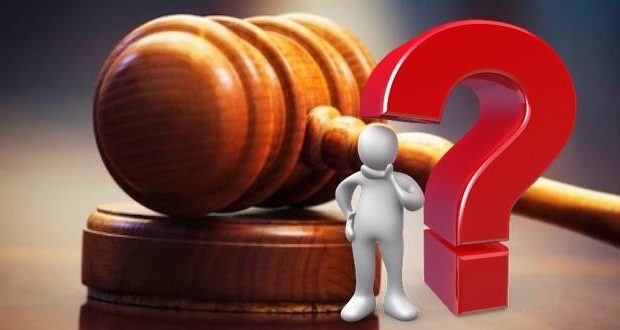 For many Kansas voters, the most difficult offices to vote for are “the judges.”

From the State Supreme Court to your local District Court, there is little information to assist the voter, unless you want to spend 100 hours pouring over the rulings of hundreds of court cases.

More information exists for the state’s highest courts – the Supreme Court and Court of Appeals – but even for the Appeals Court, information is tough to come by. But as our court system is based on judges being appointed by the governor and then retained by voters, that appointment system provides one clue: who appointed them. In addition to qualifications for the position including experience, education and more, Governors tend to appoint judges who come highly recommended by other judges and those in the political class. That means for Democrats, they might feel more comfortable with a judge appointed by a Democrat governor, and for Republicans, a Republican governor. But even finding that information can be time-consuming.

To keep our court system independent and functioning, voters must give some thought to who will hear our states tens of thousands of court cases each year. And as we have seen with the Supreme Court of the United States, Justices almost always begin their careers in these lower courts.

Unlike candidates for Congress, Senate and the President of the United States, you most likely will not recognize a single judge in the list below. That’s why it is important to print a sample ballot from the Secretary of State’s office, your local county authorities, or your local newspaper. Then compare the ballot to the list of judges below to determine your choices on the ballot. If your judge does not appear on the list, visit one of the websites linked below to learn more about them.

Below, we have included the Governor that appointed the Supreme Court Justice and the Judges for the Appellate Court. For District Courts, we have listed if they are endorsed by Kansans for Life.

Rosen was appointed to the court in 2005

Kansans for Life: DO NOT RETAIN.

The terms of five Kansas Court of Appeals justices will expire on January 11, 2021. There are five seats up for retention election on November 3, 2020. A full term on the court is four years.

We have listed if they are endorsed by Kansans for Life

Gardner earned her B.A. in English from Geneva College and taught high school English before attending law school. She received her J.D. from the University of Kansas School of Law in 1983.

District courts are created by the Constitution. They are the trial courts of Kansas, with general original jurisdiction over all civil and criminal cases, including divorce and domestic relations, damage suits, probate and administration of estates, guardianships, conservatorships, care of the mentally ill, juvenile matters, and small claims. It is here that the criminal and civil jury trials are held.

Vote to retain or not retain.

A Yes means they have been endorsed by Kansans for Life

Nancy Parrish: No (Do not retain)

Rachel L. Pickering:   No (Do not retain)

Robert J. Wonnell:  No (Do not retain)

James Droege:   No (Do not retain)

Brenda M. Cameron:  No (Do not retain)