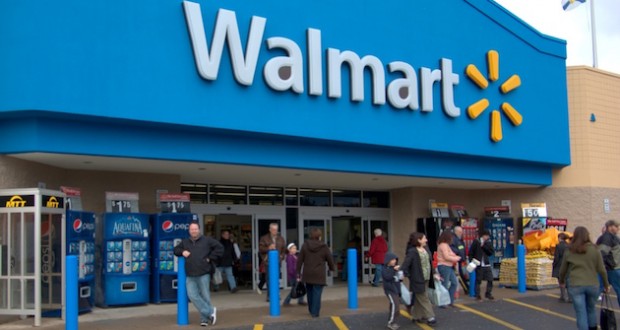 WalMart shareholders today voted down a resolution that sought to have the company spend money investigating how a Supreme Court ruling on abortion would affect employees.

Pro-life leaders are warning pro-abortion shareholders of numerous companies are seeking ways to support and expand abortion ahead of a Supreme Court ruling that could have the effect of overturning Roe v Wade.

The proposal, according to Yahoo Finance, was made by Clean Yield Asset management on behalf of activist investor Julie Kalis. It urged Walmart’s board to detail “any known and any potential risks and costs to the company caused by enacted or proposed state policies severely restricting reproductive rights” by the end of the year.

“Only 12.9% of the votes cast were in favor of the resolution made at the company’s annual general meeting,” Yahoo reported.

In the latest move, pro-abortion shareholders at WalMart said the possible court ruling was bad for women and that Walmart should side on the pro-abortion side.

Reuters has more on the pro-life victory:

“As an employer in all 50 states, including many where access to reproductive healthcare has already been restricted, and where more restrictions are expected if Roe vs. Wade is overturned, Walmart should consider the impact it will have on its workforce and business,” a representative for Kalish said during the virtual meeting streamed on the company’s website.

Walmart had opposed the proposal, saying it already offers a variety of affordable healthcare options for employees and preparation of a report would be of little value for shareholders, according to a regulatory filing.

Walmart is the nation’s largest retailer, operating more than 5,000 stores. Women make up nearly 50% of its U.S. workforce. Walmart hires about 1% of the U.S. private sector workforce, or 1.6 million employees.

The Reuters story indicates 30% of WalMart stores are located in states that are likely to protect unborn children should the nation’s high court reverses Roe. Arkansas, where Walmart is based, is one of those states.

It’s not the first time Wal-Mart has dabbled in politics.  In January 2021 it was forced to delete a tweet that dissed Missouri Sen. Josh Hawley using the hashtag #soreloser.

The company deleted the tweet saying it was an accident.