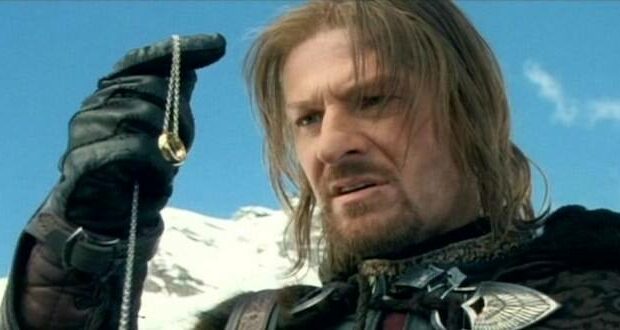 My dad gave me J.R.R. Tolkien’s book The Fellowship of the Ring, and the book awakened my mind and imagination in ways I didn’t fully understand at the time. For many years as a child, I didn’t like to read much, but the Lord of the Rings changed that.

I began devouring books, starting with more Tolkien, and then moving to other fantasies written by Terry Brooks, Robert Jordan, and Frank Herbert. Then came a historical fiction phase—James Clavell’s masterpieces (Shogun, Tai Pan, and Noble House), Ken Follet’s Pillars of the Earth, Colleen McCullough’s The Masters of Rome series, and even some Gary Jennings. That was followed by a thirst for the great authors: Twain, Tolstoy, Hemingway, Shakespeare, Nabokov, and so on.

My enjoyment of Tolkien never faded over the years, however. I’ll crack open his books every five or ten years and slip back into Middle Earth like a warm, familiar bath. One of the reasons I reread Tolkien’s saga is the books speak to me today in a way they didn’t when I was 11, when my favorite scenes involved Legolas and Gimli smiting orcs at the Battle of Helm’s Deep (and keeping score).

READ: Helen Keller and the remarkable friendship with Mark Twain

While many would say the primary message of the story is love—the friendship and loyalty between Sam and Frodo is one of the most enduring relationships in literature—Tolkien’s philosophy on the danger and corrupting influence of power is what underpins the story. 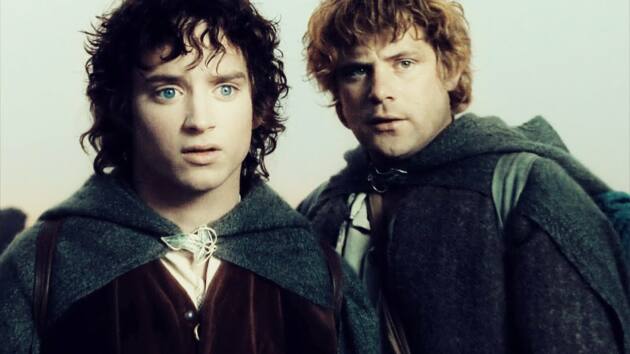 Tolkien once said the One Ring symbolized the futility of trying to improve the world through force.

“You can make the Ring an allegory of our own time, if you like,” Tolkien wrote to his publisher in 1947, “an allegory of the inevitable fate that awaits all attempts to defeat evil power by power.”

That the One Ring was an allegory for the corrupting influence of power is no secret, of course. It’s literally called the Ring of Power, and the allegory is not subtle. We see it corrupt Boromir, the Prince of Gondor, who would use the power of the ring to smash Sauron and his minions of Mordor. Nevertheless, Tolkien’s allegory remains important, because modern man—like poor Boromir—seems bewitched by power. This has never been more true than today, where governments across the entire world have unleashed the immense power of the state to suppress a dangerous respiratory virus.

The results of this “public health” experiment could not have been more catastrophic—not if Boromir had succeeded in seizing the Ring of Power and marched to the gates of Mordor.

‘With That, We’d Be Invincible’

I hadn’t thought about the Ring of Power in some time, but it crossed my mind recently when I finished watching the Harry Potter films with my family.

In many ways, J.K. Rowling’s epic fantasy could not be more different than Tolkien’s. It’s a darker tale, and its primary characters are children who shuttle back and forth between present day England and a British boarding school of magic in a parallel world. Tolkien, a Christian, likely would have been uncomfortable with its emphasis on witchcraft and the “Harry Potter allegorical Jesus” thing.

On one important element, however, Rowling and Tolkien seemed to see eye-to-eye.

Near the very end of the Harry Potter films, after the villain is vanquished, viewers learn that Harry is the master of the “Elder Wand”—the most powerful wand in existence, a weapon created by Death himself. Ron Weasley immediately goes a little Boromir when he learns Harry commands the power of the Elder Wand.

Ron: What do you reckon we should do with it?

Ron Weasley: I’m just saying, that’s the Elder Wand, the most powerful wand in the world. With that, we’d be invincible.

Notice that Ron doesn’t ask Harry what he’s going to do with the wand. He asks, what should we do with it? It’s clear Ron wants the Elder Wand, and implies he should get to decide how it’s power is used even though it’s not his.

The hero of the story takes a different approach. Without a word, Harry snaps the wand in two. Like George Washington, the American Cincinnatus, Harry is the one strong enough to walk away from power.

Rowling’s suspicion of power is commendable, as is the current of anti-authoritarianism that runs throughout her stories. Yet Tolkien’s story suggests he understood the trappings of power even better.

Unlike Harry Potter, Frodo fails the power test. Our noble little hobbit just can’t bring himself to cast the One Ring into the fires of Mount Doom even though he’s journeyed hundreds of leagues to do precisely that, risking death and suffering mightily the entire way. The Ring of Power defeats our humble hobbit hero. Frodo is only saved by the miserable creature Gollum, who violently (and gruesomely) takes the ring from Frodo before falling to his own doom.

The fear of power that permeates The Lord of the Rings and the Harry Potter stories was shared by the Founders of the American system, who understood that no institution on earth has more power than government.

“The essence of Government is power; and power, lodged as it must be in human hands, will ever be liable to abuse,” James Madison noted in an 1829 speech.

This is why Madison and his fellow architects of the American system created checks and balances throughout the constitutional framework. The different branches of government would serve as checks on each other, while the federal government would have few and clearly defined responsibilities, and be chained down by a series of Amendments (the Bill of Rights) enumerating not what the government could do, but explicitly stating what the government could not do. And they left little clue as to where the rest of the power would lie.

As simple and obvious as Madison’s observation was, many people fail to see the connection between government and power. Many will wax on about the dangers and corrupting influence of power, but fully support giving the government more and more.

Tolkien, it should be noted, was not one of these people.

“My political opinions lean more and more to Anarchy (philosophically understood, meaning abolition of control not whiskered men with bombs),” he wrote in a 1943 letter to his son, Christopher. “The most improper job of any man, even saints (who at any rate were at least unwilling to take it on), is bossing other men. Not one in a million is fit for it, and least of all those who seek the opportunity.”

These are the words of someone who understood Madison’s observation. The essence of government is power, and power corrupts and destroys.

–Reprinted from Foundation for Economic Freedom.  By Jonathan Miltimore.  He is Managing Editor of FEE.org. His writing/reporting has been the subject of articles in TIME magazine, The Wall Street Journal, CNN, Forbes, Fox News, and the Star Tribune.