Home / Education / What you didn’t know about prayer in schools 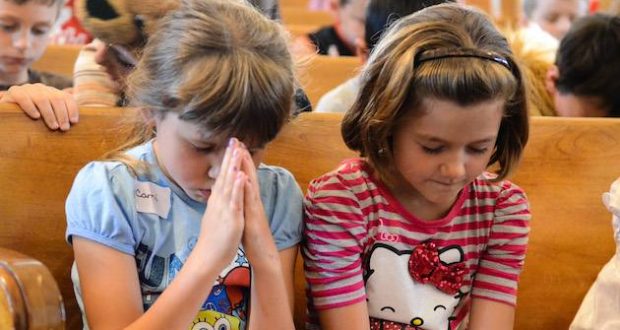 What you didn’t know about prayer in schools

The right of religious expression, especially the right to pray, for students attending public schools is alive and well. Most people just don’t realize it.

Titled “It is Legal to Pray in School,” the campaign officially began Monday and has the backing of multiple prominent conservative groups and individuals.

“The United States Supreme Court rulings and subsequent media reporting in recent years confused school administrators, students and the general public. The Supreme Court makes no laws and has never ruled limiting prayer by students or anyone in school,” noted the campaign’s website.

“Students and teachers are free to pray at their desk, with friends, coworkers and classmates, during free time, sports activities and special events, provided it does not interfere with normal class/school activities and lessons.”

Jim Schmidt, author and founder of the campaign, told The Christian Post that the inspiration for the “It Is Legal” campaign came last year during the annual national observance “See You At The Pole.”

“I discerned an inner voice almost asking, ‘isn’t every day legal to pray in school…. not just this day?'” explained Schmidt, whose wife designed the campaign logo.

“Then at the National Prayer Breakfast and then at the NRB convention in later February we engaged some of the members and friends about the subject. There seemed to be a growing interest.”

The campaign professes to not promote any particular political, individual, or organizational agenda, though it is partnering with some notable conservative groups, including the First Liberty Institute, the Alliance Defending Freedom, the Pacific Justice Institute, and the Liberty Counsel, among others.

“We plan to grow our coalition, continue to add to the campaign and will enhance our presence far beyond back to school because we have 50 years of misconception to overcome,” said Schmidt.

“Every day we add to the campaign and others join us. Rich Bott of Bott Radio Network and Tim Wildmon of American Family Radio were the first broadcasters on board. Bill Federer of the American Minute and President of Amerisearch gave us a radio PSA and historical perspective while Brad Dacus, president of Pacific Justice Institute gives us legal perspective.”