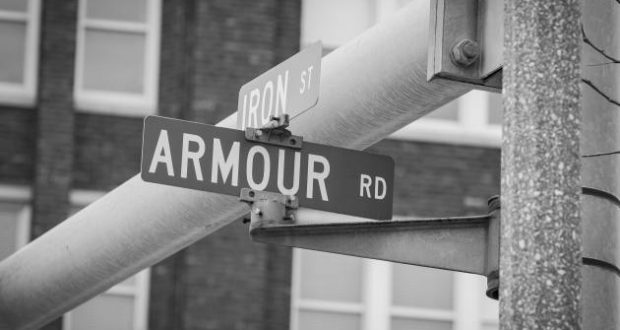 Where’s the beef? The Armour family put Kansas City on the map

Have you ever driven Armour Road in Kansas City? Or visited the West Bottoms? Or sung the Armour hotdog song from the 60s? There’s a connection you may not know.

The Armour family’s meatpacking houses grew Kansas City into a booming cowtown, at one point the largest city between St. Louis and San Francisco. Their Christian legacy spanned a century as they lived out their faith by caring for the city’s marginalized. 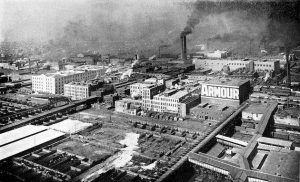 View of Armour’s plant and stock yards from a balloon, circa 1910

After the railroad came to Kansas City in 1869, the Armour family moved to Kansas City from Chicago. First came Philip Armour, followed by his brothers, Simeon and Andrew. Andrew’s sons, Kirkland and Charles Armour, came as well. The Armour family opened the city’s first slaughterhouse, which started the beef industry in Kansas City. Cowboys from across the Midwest herded their cattle to the city’s slaughterhouses in the West Bottoms. The beef was then packaged and shipped by train to Chicago and to cities along the East Coast. 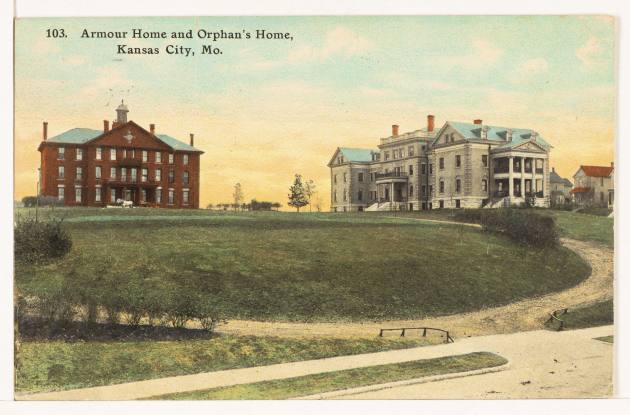 On warm summer days, residents could smell the blood from the meatpacking plants. They called the stench “the smell of money.” Thanks to its slaughterhouses and meatpacking plants, Kansas City became a major center for the meat industry nationwide.

LEARN MORE: Metro Voice is an Amazon affiliate. Check out the book below. 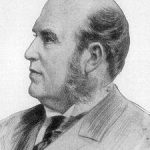 The Armours held a deep faith and used their wealth to serve Kansas City. Margaret Armour served as president of the Women’s Christian Association for 25 years. She and her husband, Simeon, started a home for the elderly, and they constructed a home for orphans adjacent to their own mansion.

After the Civil War, thousands of former slaves landed as refugees in Wyandotte County. They had heard rumors of free land to be had in Kansas. When they arrived, destitute, they discovered the rumors were not true and camped as refugees along the banks of the Kansas River. Brothers Simeon and Philip Armour brought wagonloads of food to the refugee camps, helping the city provide for them until they could find more permanent homes.

The family’s compassion toward the vulnerable continued into the next generation. In 1919, Charles Armour served on the mayor’s inter-racial committee to protect black residents facing threats and to search for areas of the community where black families could buy housing. The book A City Divided: The Racial Landscape of Kansas City, 1900-1960 records the committee’s effect that year: “While race riots tormented Chicago and Omaha that summer, Kansas City escaped the terrors of mob violence.”

From orphans to the elderly to minorities, the Armours lived out their faith as a family. In doing so, they left a legacy of compassion and generosity. May we continue in their steps today as we serve Kansas City.

Annika Bergen serves as director of communication for The Signatry, a global Christian foundation headquartered in Kansas City. The Signatry helps families leave a lasting legacy through creative generosity. Annika and Bill High coauthored The Spiritual Roots of Kansas City: Discovering the Past to Shape Our Future. Visit thesignatry.com/KCRoots for more information or to purchase a copy.

Previous: ‘Right to life’ in Bill of Rights protects the wrong people
Next: Vet loses home over $236 in unpaid property taxes