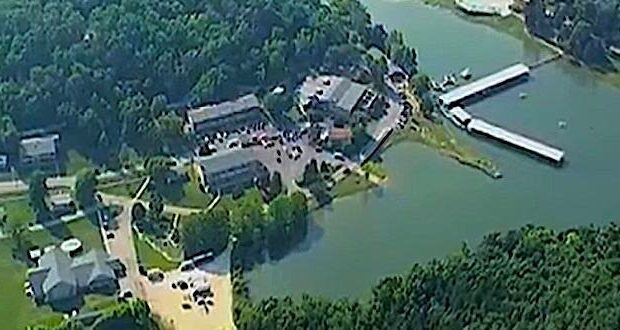 For his family, the camp, situated on the Little Niangua Arm of Missouri’s Lake of the Ozarks, seemed like a safe haven nestled in the midst of beautiful scenery. “Your kids could run all over the place and you didn’t have to worry about them. You knew it was a safe area,” he shared.

The Lee’s Summit resident says his family went down a couple times a year. Sometimes it was in conjunction with a church event and other times just to have fun. He would also pack up his kids and head out giving his wife Karen a quiet weekend at home.  Each time he says, special memories were created.

“Once, as we pulled up to the camp, my son Grant who was under six blurted out ‘We’re gonna just have a wonderful time,'” Miller remembers with a smile.

Now, that experience may not be possible as Windermere’s future remains in doubt and the camp may even be sold.

The owner of the campground announced March 1 that Windermere will be closed at least until the end of April and possibly beyond. That gives them time to evaluate the future after a devastating fire in Dec. 2020, frozen and burst water pipes in February, and continuing Covid creating uncertainty of the future.

Straightway Holdings Inc. (SHI), a subsidiary of the Missouri Baptist Foundation, purchased the facility in 2019 but didn’t actually run it. When the company that did operate it, Arukah Cove, Inc. (ACI), announced they were bankrupt in February, they said they would immediately cease operations at the campground.

“Due to the financial hardships caused by COVID-19 during 2020, and continued uncertainty concerning future operations due to COVID-19 in 2021, along with the unpredictability regarding future government restrictions,” stated a notice from ACI including that it had “exhausted all options, declared itself financially insolvent, and is ceasing operations effective February 28, 2021.” 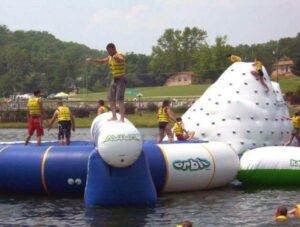 Neil Franks, president of Straightway says “ACI started their ministry and were hit with COVID-19 within 60 days of starting. No one could have predicted the length or impact of COVID-19 on the restaurant, lodging and camping industries.”

Franks believes that there is no clear end in sight as the country enters the second year of pandemic restrictions and uncertainty. That poses problems for a camp the size of Windermere.

The camp will be closed for the months of March and April to make the dining hall repairs from the December fire and February’s ice storm and sub-arctic temperatures. Plans are now underway to determine if and what limited camp and retreat offerings will be open for this summer.

SHI says it is possible that ministry in various forms could continue but also that the camp could be broken up and sold to various real estate interests.

The Pathway, MBC’s official newspaper, reported that SHI is working with a ministry partner who has expressed an interest to buy the camp. But, “unless or until that ministry is able to buy the entire camp, the portions of the camp that are not under contract will be listed with a national real estate broker, but ministry in various forms will continue.”

For now, they hope to host groups this summer. “In the next couple of weeks, the new operating team will determine what types and sizes of camps will be offered,” Franks told the paper.

For Miller, even though his kids are married, in college or on their own, he still values the camp and hopes it will remain viable.

If it closes he says, “It’s a loss for the Christian community.”