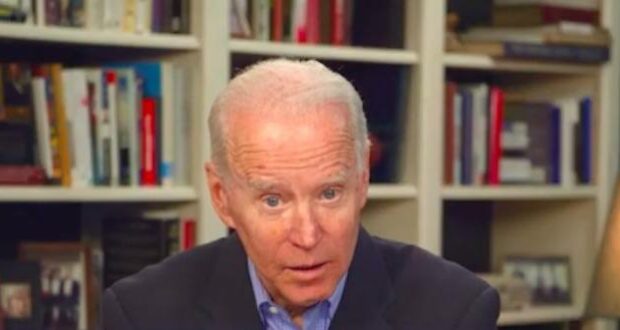 Despite Thursday night’s scripted speech, President Joe Biden’s lack of news conferences, Oval Office speeches and a State of the Union address is raising both questions and ridicule.

By this point of their presidencies, Donald Trump and George H.W. Bush each had held five press conferences. Bill Clinton had held four. White House Press Secretary Jen Psaki said the president will hold a formal press conference before the end of the month. Last week, during a virtual feed to Democratic lawmakers, Joe Biden offered to take questions. Then he said something that made it appear the president of the United States is taking orders from someone else off-camera.

“And I’m happy to take questions if that’s what I’m supposed to do Nance… whatever you want me to do,” Biden said, talking to House Speaker Nancy Pelosi. Seconds later, the White House cut the feed with no explanation.

The end to the video startled many, including Democrat pundits. More concerningly, it comes after a group of some 30 Democrat House members signed a letter asking that the nation’s nuclear codes be taken away from the nearly 80-year-old president. Democrats say publicly it’s not about his mental capacity but the Wall StreetyJournal wrote, “The Democrats who signed the letter are certainly claiming that it’s not about Mr. Biden, but it might be hard for any president not to take this message personally.”

Biden appeared briefly on camera to celebrate Senate passage of the COVID-19 relief bill. However, the Senate’s version of the bill still had to be approved by the House before it went to the president’s desk. In his short speech, Biden tried to describe the bill as bipartisan, but no Republican in the House or the Senate voted for it.

The Washington Times newspaper wrote this week that “President Biden is not in good mental health. Just this week he forgot the name of the Defense Department and its leader Secretary Lloyd Austin.”

In the now  viral incident, Biden is clearly confused.

“And I want to thank the sec — the, the ah former general. I keep calling him general, but my, my — the guy who runs the outfit over there,” Biden said during a White House event on Monday announcing the nomination of two female generals to lead U.S. military combatant commands.

And that’s not an isolated incident. Almost all of the new President’s brief remarks include similar instnaces.

Now fully 1 in 3 Americans doubt his ability to lead the nation and it includes Democrats, Independents and Republicans.

One writer for RedState.com noted in a recent article on Biden’s trip to Texas, “This is a man whose mental capacity appears to be rapidly declining before our eyes. You can watch videos of Biden from just five years ago, and he’s a totally different person.”

In a video of the president’s speech posted to Twitter, Biden can’t seem to remember names, and he even asks, “What am I doing here?”

CBN Founder Pat Robertson said Biden “apparently has some senile difficulty, I don’t know whether you call it dementia or what, but they won’t let him talk, whoever his handlers are don’t trust him to go live before a group of reporters, and that is shocking. What are we going to do?”

Robertson implied it could be just a matter of time before an effort will begin to invoke the 25th Amendment to bump the newly elected president from office.