Home / Lifestyles / 3 storm tips that will keep you alive 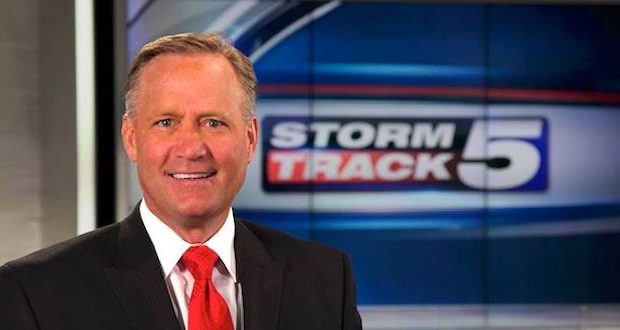 This week is the anniversary of the devastating tornado that leveled much of Joplin, Mo. And this year, spring weather is causing havoc with historic flooding and tornadoes.  What storm tips can you learn to keep yourself and family safe?

Gary Amble, Chief Meteorologist for television station KCTV5 in Kansas City, says many people have a head start by just being on their toes.

“I think our area is extremely weather aware,” Amble told Metro Voice recently. “From the time our kids are young through adulthood they are reminded each season of the dangers severe storms or other forms of weather can bring.”

The popular meteorologist says that today’s technology plays a major role in keeping us safe whether it is from tornado sirens or more private tech like weather radios and phone apps.

But technology doesn’t cover all types of disasters. “If we lack a little awareness in one area I’d have to say it’s the dangers of flooding,” Amble states. “We’re getting better at getting that message out but there are accidents or even deaths every year due to high water which could be easily avoided if people respected it the way they do strong storms, and it’s so simple.”

Amble cautions people to not attempt to drive through water over the road and avoid the temptation of standing next to a swollen river or stream. “Many fail to realize the power of water until it’s too late and water doesn’t give you a second chance.”

The first, he says, is the most talked about and practiced–tornado safety. With the tornadoes across the Midwest this week, families should be prepared. After all, it’s the Midwesterners version of hurricanes without the multi-day notice.

“Once a tornado warning is issued for your area you should immediately seek shelter. In your home that is below ground first or an interior room if that’s not an option. Try to put as many walls between you and the storm as possible then cover your head with anything you have especially when you hear or feel that the storm is on you.”

Amble says many people forget one important thing. Shoes. “Be sure to wear shoes,” he emphasizes. “If your house and neighborhood is damaged or destroyed you will be walking through a mine field of sharp objects and debris while you crawl out to safety.”

“Lightning is not exactly a silent killer. It’s loud, it’s scary and it’s deadly,” he says.

In a typical year over 100 people are killed by lightning across the United States. Keep in mind lightning can strike from more than 10 miles away so the best rule of thumb for complete safety is to seek shelter if you can hear the thunder. Thunder can be heard from 16 miles away, which is about the closest you should be from a storm without cover.” That’s something most people have not heard of.

“If you are in your car stay there. If indoors stay away from things that both conduct electricity and are connected to the outdoors. Cell phones if not plugged in are perfectly safe.”

Lastly, Amble tackles flooding which is relevant with one of the wettest springs on record happing as you read this.

Amble says he saved this for last because it’s the most overlooked.

“The logic is so easy it’s comical but people ignore their instincts and are drawn to two critical and potentially deadly mistakes–standing near or playing near swollen streams and rivers,” he states. “All it takes is one slip and your in. Now you have to battle a current that’s way stronger than what the strongest person can survive in. The water is cold, the visibility is zero and it’s full of debris. Just catching a single breath is predicated on luck and if you miss a breath …well.” He emphasizes the same applies for driving. “I know it’s a pain to re-route yourself but traveling over flooded roads is not smart at all. My rule of thumb here is ‘ f you can’t see the markings on the road then it’s not safe to cross.’”

Amble asks people to imagine thinking you only going to be in 6” of water, but the road is washed out under you. Once your car is caught by the current, and your car gets swept into the stream, all of the above starts happening to you while you’re trapped in your automobile as it’s filling with water.

“Fight as hard as you want,” he says emphatically, “but most will never find their way out of the car and if you do you’re no better off than the kid who fell into a swollen stream.”

Amble, the amiable weatherman familiar to millions across the region, apologizes for being “gruesome.”

“I feel very strongly about this,” he says. “As meteorologists we spend most of our lives protecting people from tornadoes which most will never see in their lifetime while ignoring the dangers of flooding that in many years kills more people than tornadoes.”

Amble has been quite busy the last few nights, tracking severe thunderstorms, tornadoes, hail, straight-line winds and massive flash floods across the area.

But with a plan and safety precautions, families can still sleep sound knowing they’ll be prepared when disaster strikes.

Previous: Sen. Josh Hawley takes on big tech with privacy bill
Next: Founding Fathers: Without virtue there is no freedom