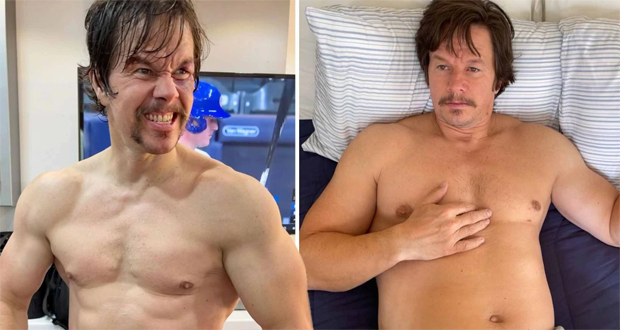 Mark Wahlberg was required to gain 30 pounds for his role in "Father Stu."

Moviegoers know Mark Wahlberg best for such action movies as “The Departed.” However, he also is a man of faith, which he will display in the upcoming film “Father Stu.”

“These movies are not easy to get made,” Wahlberg told Fox News, describing “Father Stu” as “probably the most unpredictable movie ever.”

The official description, “A boxer-turned-priest embarks on a journey of self-destruction and redemption,” symbolizes Wahlberg’s own redemption story. The actor, who had his fair share of legal issues growing up in Boston, has become a leading example of Catholicism and a beacon of hope for many within the world of entertainment. He sees himself in the role.

“So many things,” Wahlberg said. “Obviously, my past, but also my present. And my looking for my purpose. God has continued to bless me and put me in this situation, not to continue to grow and work on Mark Wahlberg, the person, but to do his work and give me the skills and the tools to go out there and articulate the message that he wants me to.”

READ: Tim Tebow on patience and compromise in marriage

The film, slated to release on Good Friday and on which Wahlberg also serves as a producer, is the real-life redemption story of Father Stuart Long, who journeyed from fighter to priest. And although he has since passed away, it was “not before he was able to inspire thousands upon thousands of people,” Wahlberg said.

“He was a guy who was really lost, trying to find his way, eventually makes his way to the priesthood and loses mobility over his body, complete control over all of his muscles in time,” he said. “And that ends up being the vehicle of his redemption in some ways. And they’re hard-won redemptive stories. I just knew that I needed to make this movie. This was my calling.”

When asked about the film’s leading message to audiences everywhere, Wahlberg said it is simply about not giving up. “God’s not going to give up on you,” he said. “Don’t you dare go giving up on yourself.”