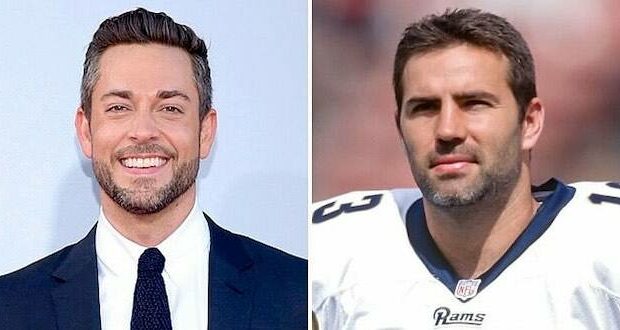 The new movie “American Underdog” about quarterback Kurt Warner will open on Christmas Day, but it already is having a powerful impact.

Actor Zachary Levi has reflected on how God’s fingerprints were all over his latest film, in a remarkable way and how getting to know Kurt and Brenda Warner “bolstered” his Christian faith.

The 41-year-old actor, best known for his role in the superhero film “Shazam,” stars as Christian football star Kurt Warner in the latest release from the Erwin brothers. “American Underdog” tells the remarkable true story of Warner, who went from stocking shelves at a supermarket to leading the then-St. Louis Rams to a Super Bowl title and becoming a Super Bowl-winning MVP.

“Almost every job I’ve gotten up to this point is something that found me in some way, which really is God,” Levi said. “We’re trying to figure out what would be the next cool job for me to do. And then all of a sudden, God is like, ‘Do this one now, because I think this something that’s going to be really good for you.’”

“American Underdog,” produced by Kevin Downes, Mark Ciardi (“The Rookie,” “Miracle” and “Secretariat”), Warner and his wife, Brenda, is the first faith-based film ever to get a Christmas Day release. It’s based on Warner’s memoir,” All Things Possible: My Story of Faith, Football and the First Miracle Season,” and personal testimonies from the athlete

Released by Lionsgate, the film follows Warner as he struggles to make it as an athlete and his dreams of becoming an NFL player repeatedly were derailed. With the support of Brenda (Anna Pacquin) and the encouragement of his family, coaches and teammates, Warner perseveres, finds his self-worth and realizes his dreams.

On the surface, “American Underdog” is a rags-to-riches tale. But Levi wants audiences to understand the “fight and drive” both Warners exhibited to succeed. Their story, Levi emphasized, is living proof that when “we reprioritize and are genuinely valuing what is truly valuable, then the desires of our hearts become more available to us.”

Passionate about his faith, Levi expressed excitement at using his platform to share biblical truths “We can all preach love and wisdom and truth to each other,” he said. “We don’t need to do it from a pulpit.”