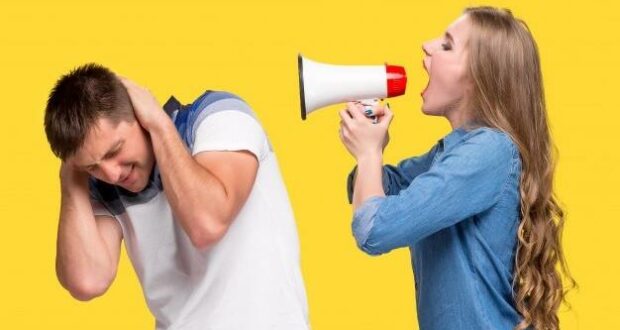 Americans are divided over whether COVID-19 vaccination mandates should include religious exemptions, according to a new survey by the Public Religion Research Institute and Interfaith Youth Core. 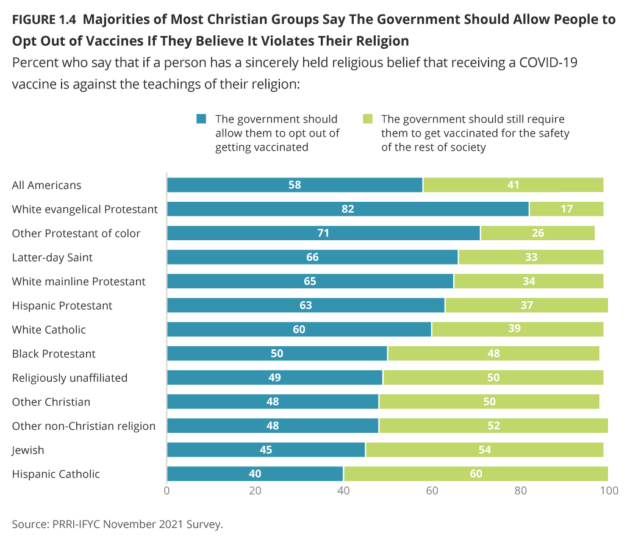 On the other hand, 47 percent opposed religious exemptions, and 60 percent argued that there are no valid religious reasons not to get vaccinated. Similarly, 59 percent of Americans argued that too many are using religion to forgo vaccination. 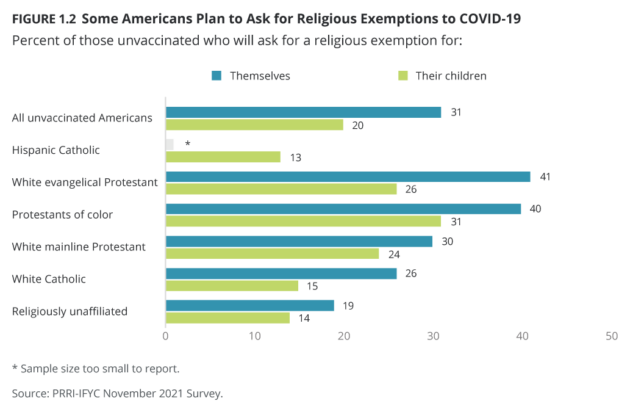 The research took into account that a majority of vaccinated Americans (67 percent) are fed up with others who are vaccine-hesitant, arguing that they “are putting the rest of us at risk.” Conversely, a greater proportion of Americans (71 percent) are “angry at those who think they have the right to tell me to get vaccinated against COVID-19.” 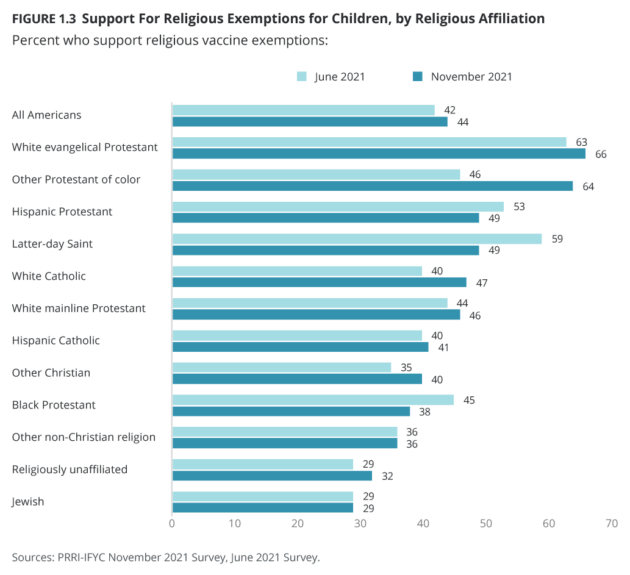 “The wide berth allowed for the expression and practice of religions, codified in our Constitution and laws, are bedrock American principles, but Americans also believe that principles of religious liberty are not absolute but rather should be balanced with the health and well-being of our communities,” said Dr. Robert Jones, CEO and founder of PRRI. 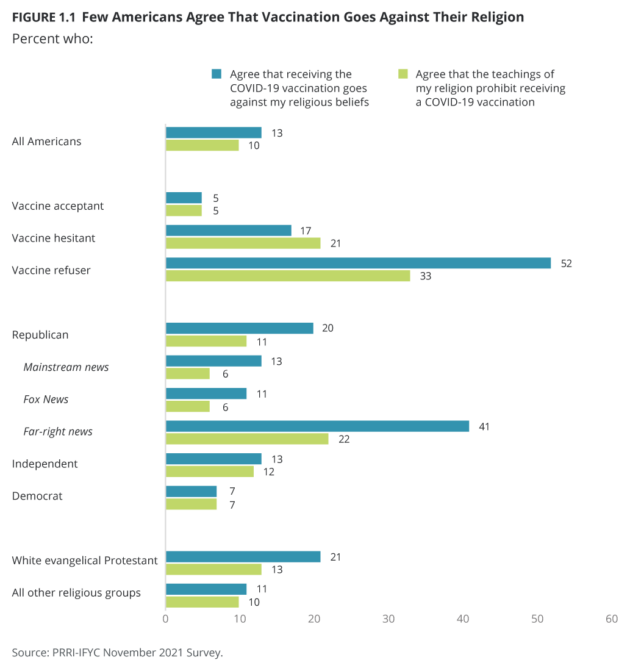 The survey was conducted online between October 18 and November 9, using a total sample of 5,721 American adults living in all 50 states.