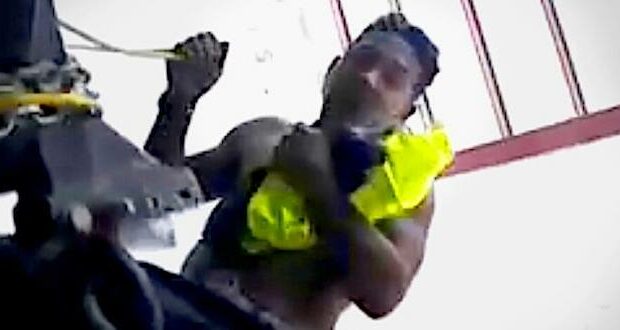 After being robbed twice by a homeless man, John Paul Cates opted for mercy instead of prosecution.

A Surveillance camera caught Travis Sueyoshi nabbing over $10,000 in tools from a construction site in Waipahu, Hawaii. John Paul Cates, owner of the family-run TSW Fabrication, was angry and wasn’t feeling too generous.

“We work hard for our stuff. It’s a family business,” he told Hawaii News Now. “I was like, we’re going to find this guy.” He was determined to catch the tool thief who caused a slowdown in the work at the site not once, but twice.

The company’s workers posted fliers around town offering a $1,000 reward for information leading to the return of the equipment.

Cates says they put photos of the thief on social media, too, and the reward meant “every crack head imaginable,” came forward. Cates says he was furious and when the thief was located, his first reaction was to call the cops. But God had another idea.

That’s when Sueyoshi returned to the job site to ask for forgiveness.

“I wasn’t there but through FaceTime spoke to him and honestly instead of being mad something happened and I just wanted to help him,” Cates recalls.  “See, the detective gave me his name and I researched his Facebook and for a number of years he looked like a normal person. Kids Christmas birthdays and so on. Then in 2015 it changed and his post were horrible memes about life and basically showing his life changed for the worse. Then they stopped in 2016 altogether,” Cates shared with friends on Facebook.

Cates then drew upon his Christian upbringing to find another path for himself and how to handle Sueyhoshi.
That’s when Cates hired the young man. He insists his gesture was not about him or his company but “about God’s mercy” in spite of wrongdoing. That’s the most important aspect he says. 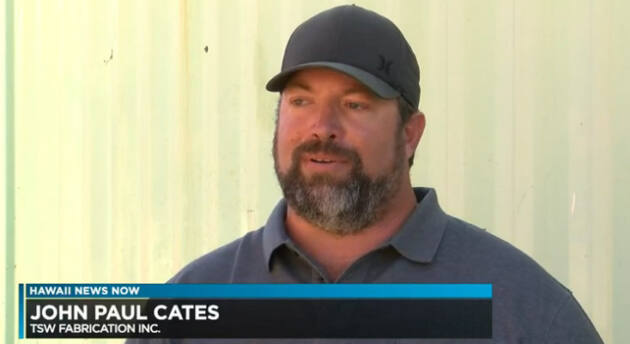 “By us showing mercy instead of hate maybe we can help set this man’s life back on something he can be proud of and hopefully someday he may able to share his story to others and help them,” he said.

For his part, Travis Sueyoshi says he’s been renewed with hope for the future.

Cates quotes Sueyoshi as saying ‘I’ll work it off. I’ll do whatever.’ 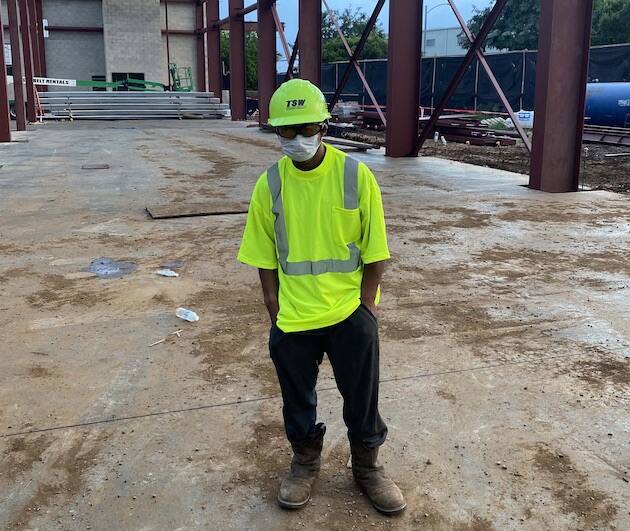 Travis Sueyoshi after being hired on by TSW Fabrication. (Courtesy of John Paul Cates)

“Somewhere in that conversation,” Cates shared, “the moment changed” for both of us.

“We really want him to grow with us,” Cates says. “And we really want to find a place for him to lay his head at night. A legitimate place.”

Sueyoshi has proven himself to be a dedicated and hard worker. All he needed was the chance. The company says he  has arrived  on time at 7 a.m. every morning, despite having transportation. He also takes his simple responsibilities very seriously. He’s currently working to clean up and organize the site and he does a great job according to his co-workers.

Cates says his new employee is already practicing his construction skills and he hope Seuyoshi will eventually take up steel working as a trade.

“I built this the other day,” Sueyoshi shared with a reporter, pointing at some wooden shelves.

“Part of me hopes I last long with [TSW Fabrication], and I become one of these guys on the roof,” he said.

He says that once the debt is paid back and he’s back on his feet he hopes to reconnect with his kids.