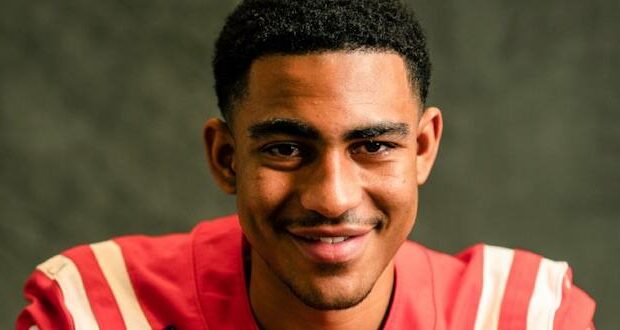 Alabama quarterback Bryce Young won this year’s Heisman Trophy as the best player in college football. He quickly gave credit where it belongs.

“First and foremost, I’d like to thank my Lord and Savior, Jesus Christ,” he said. “Without him, I couldn’t be here, and through him, all things are possible. I’d like to thank my dad for always being there for me. From day one, you’ve always been by my side, always been a supporter, more than just a father but a best friend to me. And for that I’m eternally grateful. My mom, for always having my back, always supporting me. You always had my back. You always supported me. And for that I’m forever grateful.”

God is great! Truly grateful for everyone who made this possible and for all the support I’ve received. All glory to God! pic.twitter.com/nsFozsuXwI

Young, who is the first quarterback in school history to win the Heisman Trophy, led No. 1 Alabama to another SEC Championship title and College Football Playoff appearance. He completed 68 percent of his passes for 4,322 yards with 43 touchdowns and just four interceptions. He was second nationally and first in the conference for passing touchdowns. Further, he set school records for most touchdowns in a starting quarterback’s debut (four) and for the highest completion percentage for a single game (.909). He also set the school record for passing yards in a single game (559).

“I’ve always been someone who’s been labeled as not the prototype,” he said. “Being an African American quarterback and being quote-unquote undersized and not being that prototype, I’ve always been ruled out and counted out. People, a lot of times, have told me that I wasn’t gonna be able to make it. And for me, it’s always been about not really proving them wrong but proving to myself what I can accomplish. Through the grace of God, I’ve been able to make it here. And I’m truly grateful for that.”

Young’s Twitter bio reads, “Follower of Christ.” “God is great!” he tweeted after he won the award. “Truly grateful for everyone who made this possible and for all the support I’ve received. All glory to God!”