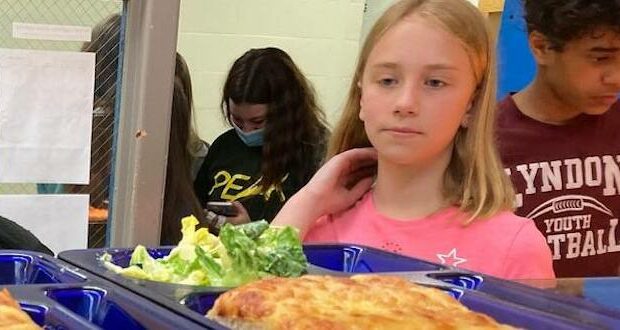 The Biden administration has been blocked from withholding school lunch funding to schools who don't allow biological boys to play on girls teams.

An increasing number of Americans are dissatisfied with the state of K-12 education in the nation, a new Gallup poll found.

Only 42 percent of respondents said they are completely or somewhat satisfied, compared to 51 percent in 2019. Only 9 percent said they are completely satisfied with the education students receive, while 2 percent said they have no opinion. Of those who are dissatisfied with public education, 65 percent highlighted issues with curriculum and educational standards, while 28 percent mentioned a lack of resources and 17 percent mentioned political concerns.

Most parents who have children in K-12 education are satisfied, the survey showed. Eighty percent of respondents are completely or somewhat satisfied with their oldest child’s education, an 8-point increase from a year ago. Only 6 percent said they were completely dissatisfied with their own child’s education. There is little insight into why this may be. But given the push to involve politics and make a pivotal talking point for politicians seeking to sway a certain demographic of the public’s votes, this could be driving the lack of systemic trust, while keeping personal views steady.

Much of the dissatisfaction with education is driven by Republicans, where satisfaction has plummeted to 30 percent, compared to 51 percent among Democrats. This trend was not represented when parents discussed their own child’s education, though. Seventy-four percent of Republican-leaning parents were satisfied with their own children’s education, and 85 percent of Democrat-leaning parents were satisfied with their children’s education.

The concern over curriculum and education was relatively similar for Republicans and Democrats, at 58 percent and 52 percent, respectively. This was a significant change from 2017 to 2020, when Americans from both parties held similar levels of satisfaction with American education. At that time, Republicans averaged a 46 percent approval rate, close behind Democrats at 50 percent. Democrats, though, were more concerned with a lack of resources, while Republicans were more concerned with political agendas being brought into the classroom.