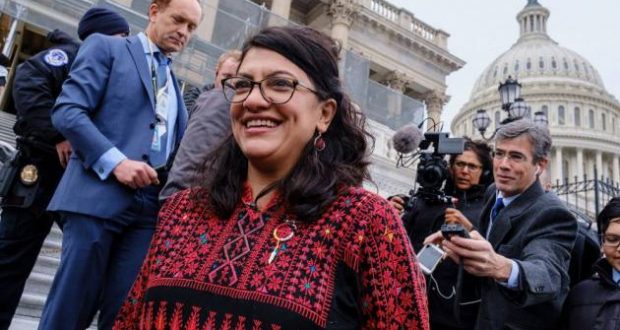 Tlaib, known for her hate-filled comments about Israel and Jews, is a proud supporter of the boycott, divestment, and sanctions (BDS) movement against the Jewish state.

However, a new report from the Israel Advocacy Movement suggests Tlaib doesn’t always put her money where her mouth is when it comes to BDS.

“That’s right, the Palestinian Queen of BDS has a website that was built and bought from Israel,” he says.

The unlikely connection was exposed by the simple trick of clicking the “view page source” option in Google Chrome. Once you do that, you see that Wix.com is listed as Tlaib’s generator and website builder.

Wix was founded by Avishai Abrahami, Giora Kaplan, and Nadav Abrahami and serves more than 100 million users in 190 countries. The Platform is also included in a list created by BDS advocates encouraging people not to use it.

The Democratic Majority for Israel congratulated Rep. Tlaib for rejecting BDS, even if by mistake.

“We congratulate Congresswoman Tlaib for her decision to use the best products she can find instead of discriminating against Israel in way that increases hostility, thereby making peace between Israelis and Palestinians more difficult to achieve,” Mark Mellman, the President of the Democratic Majority for Israel said in a statement. “We need to foster economic cooperation between Israelis and Palestinians instead of encouraging boycotts. We hope Congresswoman Tlaib’s use of Israeli products indicates she has changed her mind on boycotting Israel.”

A spokesperson for the congresswoman said Tlaib’s decision to do business with Israelis is a “non-story.”

“The Congresswoman is focused on protecting the constitutional rights of Americans, including free speech,” Denzel McCampbell said. “She’s also committed to working on policies that will bring justice to her constituents, Americans and people in the Middle East. It’s my hope that the Democratic Majority for Israel will do the same instead of pushing a non-story in an attempt to discredit her and her work.”

But Cohen says Tlaib’s use of Israeli technology reveals BDS is little more than a talking point for her.

“These hollow threats of boycott are nothing but political stunts that could never be implemented,” Cohen added. “Could you imagine how many people would suffer because they were deprived of the medical breakthroughs and technological advances that come out of this small nation? It won’t bring peace between Israelis and Palestinians. It’s simply narcissistic self-gratifying virtue-signalling that makes the world a much more divided place.”

While Tlaib apparently does not have a problem with using Israeli products, she sparked controversy when she accused pro-Israel lawmakers of being disloyal to the United States.

Previous: Charges dismissed in decapitation of boy at Schlitterbahn
Next: Bernie Sanders wants Venezuelan marxist leader to stay in office