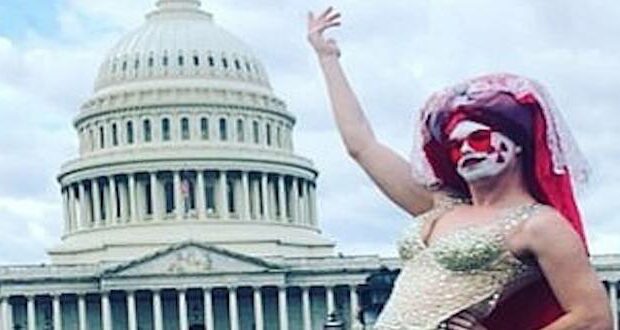 Samuel Brinton was tapped as deputy assistant secretary of Spent Fuel and Waste Disposition in the Office of Nuclear Energy by the Biden Administration in January. Here he poses outside the Capitol building. Twitter

Sam Brinton, the “gender-fluid” Biden administration nuclear official arrested for theft, has local ties. He was born in Iowa and graduated from Kansas State University.

Brinton, deputy assistant secretary of the Office of Spent Fuel and Waste Disposition in the U.S. Department of Energy, was arrested for stealing from an airport luggage carousel at the Minneapolis-St. Paul International Airport back in September.  He was apprehended after he stole a Vera Bradley suitcase worth over $2,300. He was observed removing the bag’s name tag and concealing it into his handbag and “then left the area at a quick pace. He has been placed on leave over the incident.”

He has since admitted to stealing the luggage.

Brinton was born in Iowa to missionary parents who moved the family from place to place, the “New York Post” reported. He said came out as bisexual to his parents in high school.

Brinton, who is in part responsible for the disposal of the nation’s nuclear waste, is also an LGBT activist. He founded #50Bills50States campaign with The Trevor Project, a LGBTQ youth organization that aims to criminalize therapy for homosexuality. “We passed more than 20 laws,” he has stated. 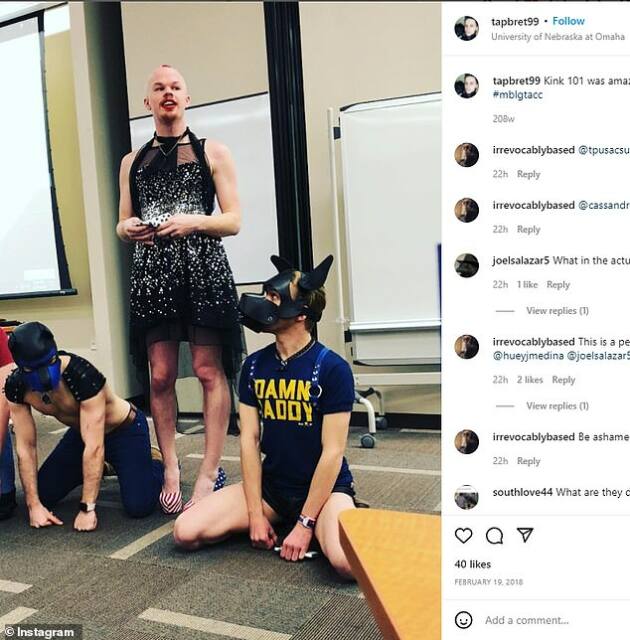 Congressional leaders are questioning his security clearance in light of the alleged theft.

Sen. John Barrasso, who serves as ranking member of the Energy and Natural Resources Committee, sent a letter to Energy Secretary Jennifer Granholm on Tuesday expressing “serious concerns” regarding the “felony theft charges brought against” Brinton.

“It is in the interest of both the Department’s mission and our national security that the Deputy Assistant Secretary’s clearance be immediately revoked. Additionally, the Department should undertake all necessary steps to terminate their employment immediately,” wrote Barrasso.

“In a White House bent on normalizing ‘queer culture,’ Sam Brinton’s appointment as deputy assistant secretary of spent fuel and waste disposition is par for the deviant course,” wrote Family Research Council President Tony Perkins in an op-ed published by The Christian Post in February.

“But to everyday Americans, who thought they were getting a ‘moderate’ president, the picture of our newest government official standing over a man in a dog collar is a poorly-timed reminder that voters elected anything but.”