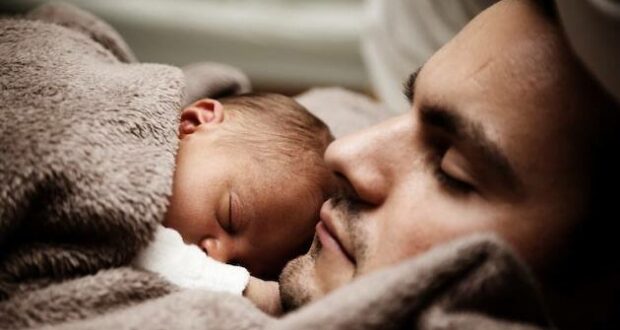 MRI studies find that children alter the brains of men who enter fatherhood.

The time fathers devote to child care every week has tripled over the past 50 years in the United States. The increase in fathers’ involvement in child rearing is even steeper in countries that have expanded paid paternity leave or created incentives for fathers to take leave, such as Germany, Spain, Sweden and Iceland. And a growing body of research finds that children with engaged fathers do better on a range of outcomes, including physical health and effects on their brains – including cognitive performance.

Despite dads’ rising participation in child care and their importance in the lives of their kids, there is surprisingly little research about how fatherhood affects men. Even fewer studies focus on the brain and biological changes that might support fathering.

It is no surprise that the transition to parenthood can be transformative for anyone with a new baby. For women who become biological mothers, pregnancy-related hormonal changes help to explain why a new mother’s brain might change. But does fatherhood reshape the brains and bodies of men – who don’t experience pregnancy directly – in ways that motivate their parenting? We set out to investigate this question in our recent study of first-time fathers in two countries.

Recent research has found compelling evidence that pregnancy can enhance neuroplasticity, or remodeling, in the structures of a woman’s brain. Using magnetic resonance imaging, researchers have identified large-scale changes in the anatomy of women’s brains from before to after pregnancy.

In one study, researchers in Spain scanned first-time mothers before conceiving, and again at two months after they gave birth. Compared with childless women, the new mothers’ brain volume was smaller, suggesting that key brain structures actually shrank in size across pregnancy and the early postpartum period. The brain changes were so pronounced that an algorithm could easily differentiate the brain of a woman who had gone through a pregnancy from that of a woman with no children.

All across the brain, these changes are visible in gray matter, the layer of tissue in the brain that is rich with neurons. Pregnancy appears to affect structures in the cortex – the most recently evolved, outer surface of the brain – including regions linked with thinking about others’ minds, a process that researchers call “theory of mind.” Mothers also show brain changes in the subcortex – the more ancient structures nestled deeper within the brain that are linked with more primitive functions, including emotion and motivation.

Why do these structural brain changes happen after pregnancy?

Researchers believe these brain changes may facilitate mothers’ sensitive caregiving of newborns, who demand constant attention and cannot verbalize their needs. Indeed, when mothers see photos or videos of their own infants, it activates many of the same brain regions that changed the most across pregnancy. It seems plausible that new mothers’ brains change in ways that help them to respond to and care for their newborns.

But what about fathers? They do not experience pregnancy directly, but may take care of the new baby, too.

As with practicing any new skill, the experience of caring for an infant might leave a mark on the brains of new parents. This is what neuroscientists call experience-induced brain plasticity – like the brain changes that occur when you learn a new language or master a new musical instrument.

A sparse but growing body of research is observing this type of plasticity in fathers who experience the cognitive, physical and emotional demands of caring for a newborn without going through pregnancy. In terms of brain function, for instance, even gay male fathers who are primary caregivers show stronger connections between parenting brain regions when viewing their infants, compared with secondary male caregivers.

To learn more about plasticity in new dads’ brains, our research groups at the University of Southern California in Los Angeles and the Instituto de Investigación Sanitaria Gregorio Marañón in Madrid, associated with the BeMother project, collaborated on a new study. We recruited 40 men – 20 in Spain and 20 in California – and put each into an MRI scanner twice: first during their partner’s pregnancy, and again after their baby was 6 months old. We also included a control group of 17 childless men.

We found several significant changes in the brains of fathers from prenatal to postpartum that did not emerge within the childless men we followed across the same time period. In both the Spanish and Californian samples, fathers’ brain changes appeared in regions of the cortex that contribute to visual processing, attention and empathy toward the baby.

It’s not clear yet whether simply spending more time parenting changes fathers’ brains or the changes occur in men who are more motivated to spend time parenting. AJ_Watt/E+ via Getty Images

What remolds a new father’s brain?

The degree of brain plasticity in fathers may be linked with how much they interact with their baby. Although fathers in many parts of the world are increasingly taking part in child care, paternal involvement varies widely across different men. This range of involvement may explain why we found more subtle brain changes in these fathers compared with those observed in first-time mothers. In fact, brain changes in fathers were almost half the magnitude of the changes observed in the mothers. 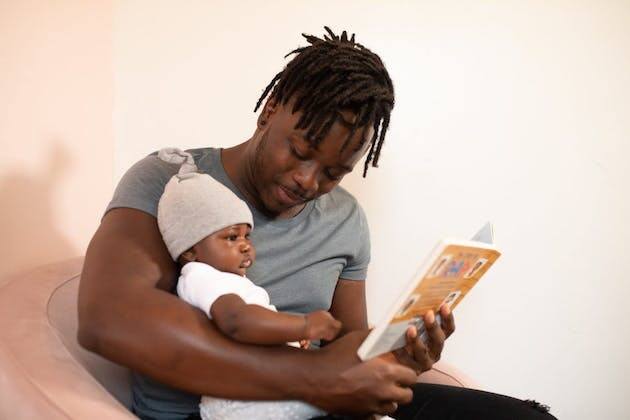 Social, cultural and psychological factors that determine how much fathers engage with their children may, in turn, influence changes to the fathering brain. Indeed, Spanish fathers, who, on average, have more generous paternity leavesthan fathers have in the U.S., displayed more pronounced changes in brain regions that support goal-directed attention, which may help fathers attune to their infants’ cues, compared with Californian fathers.

This finding raises the question of whether family policies that boost how much time dads spend on infant care during the early postpartum period may help support the development of the fathering brain. On the flip side, perhaps men who show more remodeling of the brain and hormones are also more motivated to participate in hands-on care.

Much more research is needed to tease out these questions and to figure out how best to intervene with fathers who may be at risk of having trouble adjusting to the parenting role. Despite the importance of fathers to child development, funding agencies have not tended to prioritize research on men becoming dads, but this may start to change as more findings like these emerge. Future studies with more detailed measures of postpartum caregiving can reveal more about parental brain plasticity in both men and women.

This article is republished from The Conversation, a nonprofit news site dedicated to sharing ideas from academic experts.