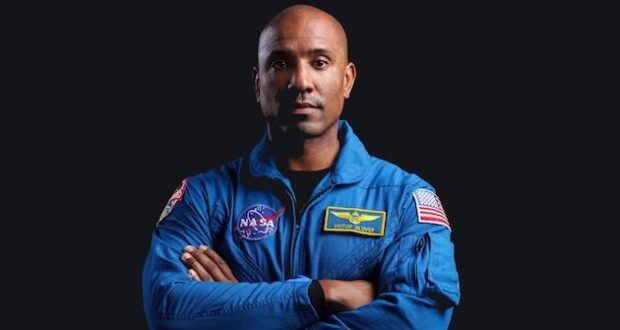 Astronaut Victor Glover journeyed on a SpaceX rocket this week for a six-month stint in outer space, saying his Christian faith will help him throughout this huge assignment.

Glover recently discussed his Christian faith, the instrumental role it plays for his family, and how he plans to stay spiritually connected during his space journey.

Glover, along with three other astronauts, blasted off the launch pad at Kennedy Space Center last Sunday in the SpaceX Crew Dragon’s capsule, Resilience. The crew will take part in a science mission at the International Space Station.

During a video interview with the Christian Chronicle, Glover explained the unique experience he’s had since being selected as an astronaut for NASA in 2013 and why God remains his focal point.

“This has been a really interesting journey, the seven years I’ve been at NASA, and it’s been a real exercise personally and professionally, but also spiritually,” he explained. “Understanding the role of God in my life and God’s authority and my submission to that and the love, support, and encouragement that that can create in my life.”

“I want to use the abilities that God has given me to do my job well and support my crewmates and mission and NASA,” Glover added. “That’s really the thing I think the most about.”

“I have a job to do. Sometimes that gets lost in the emotion of it. I’m looking forward to looking out the window and taking the pictures and taking in the moment.”

Go Falcon9, Go Crew Dragon, Go Resilience!!! Big thank you to the teams at @NASA and @SpaceX for keeping us safe on the ride up. Next stop, @Space_Station. pic.twitter.com/dNu1RcwLMY

Despite being on a space flight, Glover said he will stay active with his church routines.

“I actually sent up communion cups and a Bible, and we have really good internet connectivity,” he said. “So honestly, I will probably continue in what we’ve been doing: virtual service, virtual giving, reading my Bible and praying.”

The 44-year-old spoke about his wife, Dionna, and their four children.

“God assigned me a few really important things: this life, this vessel, but also my wife and that relationship, the two of us becoming one and then the family that we’ve grown with our four daughters.”

The hatches are open and NASA's @SpaceX Crew-1 astronauts Shannon Walker, @Astro_Soichi, @AstroVicGlover, and @Astro_illini are the newest residents aboard the @Space_Station. Welcome aboard! pic.twitter.com/WYwC7jRVQk

Additionally, Glover shared his thoughts on how the church has reacted to the current issues going on in America. “We all need to lean on God but we also need to lean on each other and be encouraging to one another,” he said.

Glover also told stated that people should go to God when they’re looking for answers during these difficult situations.

“There are so many really simple lessons from the Bible. To love God first and foremost, to love yourself – have a healthy love of yourself and then to love your brother as yourself. If all of us are doing that, so many of these other issues that we allow to divide us stop becoming barriers to relationships,” he concluded.

Previous: Hallmark-like ‘Farmer and the Belle’ highlights God’s definition of beauty
Next: Biden: no lockdown as scientists sign letter warning of their dangers