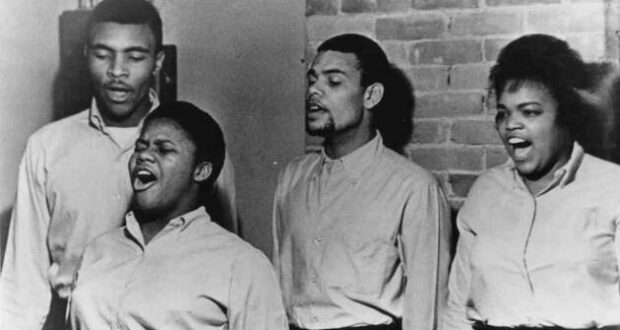 White evangelical churches have a music problem, and I fear it’s getting worse.

This year, the National Museum of Gospel Music is slated to open in Chicago. It will rise from the site of the historic Pilgrim Baptist Church, where the “father of gospel music,” Thomas Andrew Dorsey, laid the foundation for a robust tradition of black sacred singing. This is a tradition informed stylistically by the blues and theologically by the promise and peril of black creativity in the hostile sociopolitical environment of the 1930s. The museum’s construction is thus a source of tremendous pride for the Bronzeville neighborhood of Chicago’s South Side and for African American communities throughout the country.

But I have mixed feelings. 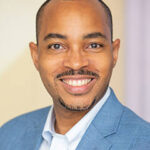 The museum strikes me as an unwitting concession that black gospel music is more yesterday’s news than today’s inspiration. It is as though this music is a relic to be preserved, a curated vestige of a frozen past. It is cast as a sentimental object of nostalgia to be displayed under proverbial glass and heard from a sanitized temporal distance rather than experienced in the messy here-and-now. As much as I cherish black history, I am still nourished by a black present in which gospel music gives me hope.

Long before I became a musicology professor, I saw how black gospel music can provide spiritual and communal uplift. But as a child growing up in Kansas in the 1970s, I felt a disconnect between church music and my cultural identity. As the only African American kids in a 200-member congregation, my four siblings and I sang hymns in a style that registered to us as “white.” Occasional visits to churches on the other side of town opened my ears to music that reflected a rich African American cultural and religious heritage. In subsequent decades, I would attend Protestant and Pentecostal churches whose members comprised a range of ethnic and racial identities. I eventually learned about the history of black gospel music and came to treasure it as both a vibrant art form and an expressive tool for marginalized peoples around the world. 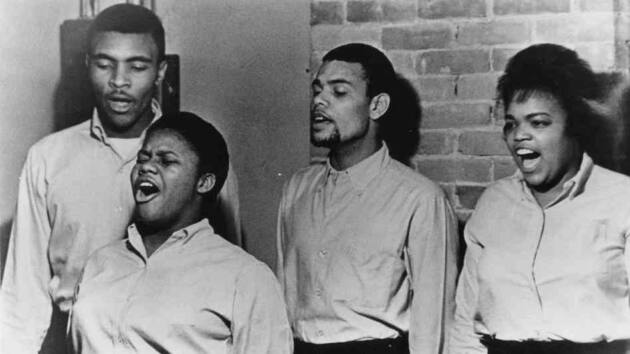 During the 1960s, black churches served as meeting grounds where gospel singing became the soundtrack of the struggle for civil rights. Congregants were emboldened by the words of freedom fighters, such as Fannie Lou Hamer, Fred Shuttlesworth, Ella Baker, T. J. Jemison, Ralph Abernathy, Dorothy Height and Martin Luther King Jr., whose speeches and sermons would morph into song. Gospel artists such as The Freedom Singers, Dorothy Love Coates and the Salem Travelers, gave performances that were as political as they were spiritual.

READ: Music in most churches is “dangerous” says Getty

Black churchgoers of yesteryear sang to worship God and inspire nonviolent protest against vicious racism and injustice. The mission remains urgent in 2020, but there are arguably fewer foot soldiers ready to march from pew to pavement while singing truth to power.
Since the 1980s, contemporary Christian music has become a global phenomenon, cutting across national boundaries and facilitating a move — even in some majority-black churches — away from traditional hymn books and toward a more modern, technology-driven reliance on big screens displaying feel-good lyrics. These catchy melodies bless the hearts and minds of Christians of all denominational and cultural stripes, but this musical universality must not come at the expense of gospel music styles rooted in the trials and triumphs of black heroes on whose shoulders I now stand.
Musical decisions are, in a sense, political decisions. They shape how we value the cultural contributions of those in our society whose voices deserve to be amplified. Black gospel music is vital to the spiritual and moral health of our churches. It is a living tradition practiced by women and men whose influence extends well beyond the walls of our still segregated spaces of worship.

So let us not sound the death knell of black gospel music. We all need it still. Music alone will not cure our country’s racial ills, but bold musical changes within white evangelical churches could spark demographic and ideological shifts.

This transformation can only happen if church leaders and congregants work to cultivate musical spaces that are more empowering to African American Christians and believers of color.

–Melvin L. Butler, Ph.D. is an Associate Professor in the Department of Musicology at the FROST SCHOOL OF MUSIC. He specializes in music and religion in Haitian, Jamaican, and African American communities. Dr. Butler’s research explores the cultural politics of musical performance, national identity, and extraordinary experience. He also examines discourses of cultural authenticity and spiritual power that inflect congregational practice. At the heart of his scholarly work lies a critical reconsideration of how spiritually charged music making is embedded in processes of boundary crossing, identity formation, and social positioning throughout the African diaspora.

He is also a Public Voices Fellow of The OpEd Project.

Previous: Christians showing up to pray in hospital parking lots
Next: From John Adams to Bobby Flay, here’s what our readers are watching on television