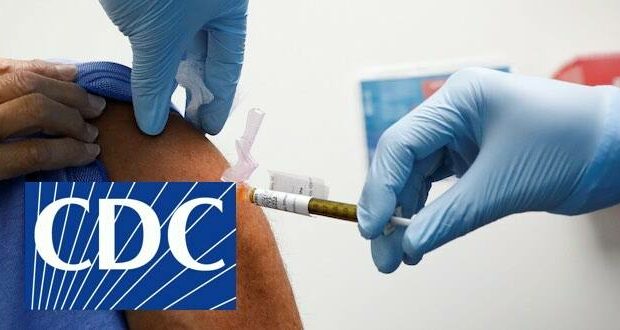 Newly released documents show serious side effects like heart inflammation were purposely left off post-vaccination surveys distributed by the U.S. Centers for Disease Control and Prevention (CDC). The documents also show the CDC knew the issues could be linked to Covid-19 vaccinations.

Even before the surveys were rolled out in December 2020 after the first vaccines were authorized, the CDC knew that myocarditis—a form of heart inflammation since confirmed as being caused by the Pfizer and Moderna shots—and other serious adverse events were of “special interest” when it came to the vaccines, according to a newly disclosed version of the protocol for the survey system.

The Nov. 19, 2020, protocol (pdf) for V-safe, the survey system, lists myocarditis, stroke, death, and a dozen “prespecified medical conditions.” The protocol was obtained by the Informed Consent Action Network (ICAN), a nonprofit that seeks transparency around health information. All of the conditions can cause severe symptoms.

V-safe is a system of surveys that was introduced during the COVID-19 pandemic to monitor vaccine safety. It was developed and is managed by the CDC.

Updated versions of the protocol list the same 15 adverse events. None of the conditions were included in the actual surveys.

Respondents could check boxes if they experienced certain symptoms, but only 10 lower-level problems such as fever and nausea were listed as options.

“It’s deeply troubling that the CDC would construct V-safe in a manner that does not permit it to be able to easily assess the rate of harm from adverse events the CDC had already identified as potentially being caused by these products,” Aaron Siri, a lawyer representing ICAN, told The Epoch Times. “This calls into question what the CDC was really trying to accomplish with V-safe. Was it trying to assess the actual safety of these products? Or was it trying to design a system that would be more likely to affirm its previous public pronouncements regarding the safety of these products?”

The CDC did not respond to a request for comment for this article.

The CDC rolled V-safe out in December 2020. Americans were told to use the surveys, which are only available through smartphones, to report how they felt after vaccination.

“Through V-safe, you can quickly tell CDC if you have any side effects after getting the COVID-19 vaccine,” one poster promoting the tool stated.

Users were asked how they felt, whether they had a fever, their temperature, and common symptoms. They were also asked whether they were unable to work or go about their daily activities and whether they needed medical care.

The CDC has described the results of V-safe in multiple studies, but refused to release the raw data until ICAN brought litigation against it. Data released to ICAN in October 2022 showed that more than 3.2 million people sought medical attention or missed school, work, or other normal activities following vaccination.

The CDC posted some of the V-safe data on Dec. 1, 2022, several months after a self-imposed deadline passed.

V-safe users could report the serious adverse events, but only if they wrote them out in a free-text field.

The prompt was, “Any other symptoms or health conditions you want to report.”

The CDC has resisted releasing the results from the field, insisting that it would be too onerous to review the 6.8 million entries for personally identifiable information (PII), according to a joint status report made to the court in November 2022.

The agency declined a request from ICAN to provide a random sample of a few hundred entries, which plaintiffs say would back their argument that the entries likely hold little or no PII such as names and addresses.

The entries are important because they would show how many respondents reported experiencing the prespecified adverse events like heart inflammation.

The CDC instead offered to review all the entries and convert them into medical codes, according to the filing.

“It was apparently willing to do this because, even though it would have been more time consuming and complex then simply reviewing for PII, this approach would permit the CDC to hide from the public most of what is actually written in the free-text fields,” ICAN said in the document.

The group said the CDC, which has recommended vaccination for virtually all Americans, is “presumably plainly concerned about being transparent with the public because what this data may reveal may run contrary to the recommendations it pushed to deprive people of their jobs, their livelihoods, schooling, military careers, among other harms” and that the disclosure of the entries “may potentially reveal data that is contrary to the CDC’s claim that there was a low incidence of various serious issues, like tinnitus, myocarditis, and small fiber neuropathy, from this product.”

Plaintiffs moved for summary judgment on the free-text entries, which was opposed by the CDC. The agency is being allowed by U.S. District Judge Robert Pitman, the Obama appointee overseeing the case, to produce all records it deems non-exempt to the Freedom of Information Act before it moves for judgment, or dismissal of the litigation. The next joint status report is slated to be entered by Feb. 3.