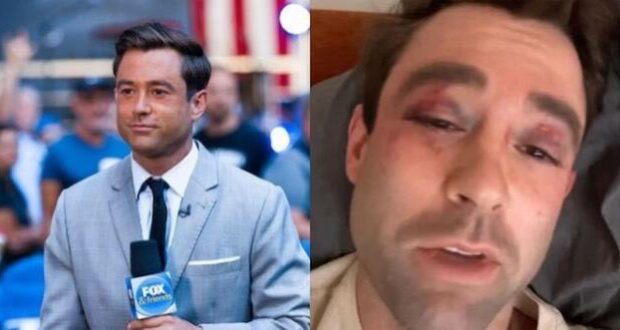 The affable Fox News meteorologist Adam Klotz was severely beaten by teens on early Sunday morning after he stepped in to help a fellow passenger who had been set afire. 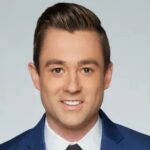 Klotz, 37, revealed to his followers in Instagram video, appearing bruised and battered as he described how he was going home on a train after watching the New York Giants NFL playoff game at a bar when he saw “this older gentleman was being hassled by this group of seven or eight teens.”

The teenage suspects fled the train after the assault, but three of them — two 15-year-olds and a 17-year-old — were apprehended by cops, sources said.

“Juvenile reports were prepared, and their parents were called to pick them up,” a rep for the NYPD said Sunday but the suspects were released.

It’s unclear why the three nabbed suspects were released without facing charges, but an NYPD spokesman ​claimed​ Sunday that the department did not have that option because of their ages​ and the fact that the crime involved an apparent misdemeanor.

Klotz, who suffered two black eyes, among other injuries, posted a video in which he half-heartedly joked, “You should see the other guy.

On Fox and Friends Monday morning said he shielded his head in an attempt to keep from being knocked unconscious. That’s when the assailants repeatedly kicked his side as he lay on the ground.