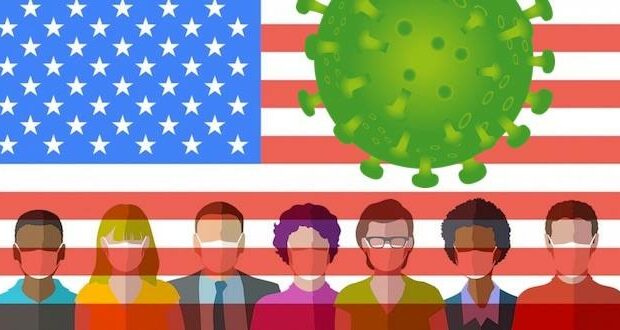 In an eye-opening reversal of over 20 months of Covid guidance and science, the Centers for Disease Control and Prevention (CDC), has suddenly cut the number of days of quarantine for Americans who contract COVID-19 from 10 days to five days regardless of vaccination status.

Critics say it is a decision based on politics, not science after the agency said it believed that five days was “all the public could handle.” Recent polls show that President Joe Biden receives some of his lowest approval ratings for his handling of the pandemic – an issue he ran on and promised he would solve.

The agency similarly shortened the time that close contacts of COVID-19 need to quarantine. Authorities with the CDC said that its latest guidance is in line with more and more evidence suggesting that those who contract Covid and its many variants are the most infectious two days before and three days after symptoms emerge.

Meanwhile, the CDC said that a surge in the Omicron variant across the United States propelled the latest guidance change. CDC Director Rochelle Walensky told The Associated Press on Monday that the United States will experience significantly more Omicron cases.

“Not all of those cases are going to be severe. In fact, many are going to be asymptomatic,” she told the newswire service. “We want to make sure there is a mechanism by which we can safely continue to keep society functioning while following the science.”

Since the emergence of the new strain in southern Africa last month, only one Omicron death has been reported so far in the United States. Officials in Texas said a Harris County man apparently died from the variant last week.

According to a recent analysis of U.S. COVID-19 cases and hospitalizations, the hospitalization rate for Omicron appears to be far lower than previous strains.

Around 64,000 Americans were hospitalized with COVID-19 on Christmas Day, or Dec. 25, according to data from the U.S. Department of Health and Human Services. That represents an increase of about 3 percent from the week prior, when around 62,000 people were hospitalized on Dec. 18.

But Walensky, in a statement published on the CDC’s website on Monday, continued to assert that Omicron “has the potential to impact all facets of our society” and called on people to either get vaccinated or take a booster shot. Her comments come as South Africa has lifted most restrictions because of the very weak nature of Omicron. Just six people worldwide have died of the variant.

The isolation time, the CDC added, can be shortened to five days if there are staffing shortages at facilities.

“It’s frankly reckless to proceed like this,” said Dr. Eric Topol, founder and director of the Scripps Research Translational Institute. “Using a rapid test or some type of test to validate that the person isn’t infectious is vital.”

“There’s no evidence, no data to support this,” he told PBS News.

The CDC is “driven by the science, but they also have to be cognizant of the fact of, you know, what are they going to tell the public that they’ll do,” Mansky said. “That would undermine CDC if they had guidance that everybody was ignoring.”