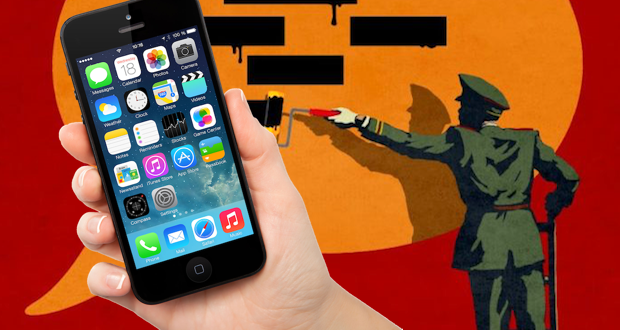 It’s getting so bad in China, some people may think it’s Silicon Valley. That’s the joke on social media over reports of the Communist regime’s new app for reporting the “mistaken opinion” of others.

The app was launched last giving citizens an efficient and easy means report their family and neighbors to authorities for comments against the ruling Communist People’s Party (CCP) and its leader Xi Jinping. The move came ahead of the party’s 100th-anniversary celebrations.

Religious freedom and human rights activists have raised alarms for years as the country slowly tightened its grip on any expression of thought that ran outside of the party line. Think “cancel culture” Communist style.

Individuals can lose jobs, be prevented from marrying, having children, and from leaving their city by public transport. They can also be prevented from purchasing consumer goods and foods if using a debit or Chinese credit card. China tracks all social media posts made by its citizens with what some China experts say is an army of over one million internet sleuths.

The new program allows any citizen to report those who spread “mistaken opinions” online. Authoritis say the goal is to create a “good public opinion atmosphere,” according to the Cyberspace Administration of China (CAC) said in a notice.

The though crimes that can be reported include “distorting” the party’s history, or any comments against its leaders and policies, defaming national heroes and “denying the excellence of advanced socialist culture,” the notice said.

“For a while now, some people with ulterior motives have spread historically nihilistic false statements online, maliciously distorting, slandering and denying party, national and military history in an attempt to confuse people’s thinking.

“We hope that most internet users will play an active role in supervising society and enthusiastically report harmful information.”

The phrase “historical nihilism” is often used in China to describe questions and doubts over the history of the country that the Communist Party propagates.

The CAC notice did not explain what the punishment would be for people who they found guilty of wrong opinions. However, people in China already face jail time and other legal punishments for posting content online that criticizes or questions the Communist Party’s leadership, policies or accounts of past events.

China’s internet is one of the most rigidly censored in the world. It bans most foreign social media sites, but companies like Google and Yahoo willingly censor search results in cooperation with the Chinese government.  Other American companies, particularly Hollywood studios, edit movies to pass Communist censors and even change entire movie scripts so as not to put China or its culture in a bad light.

Robert P. George, a legal scholar and a professor at Princeton University said Tuesday he fears there will “likely be a big demand for this app in the U.S.”

Unfortunately there's likely to be a big demand for this app in the U.S. What a tool for thought- and speech-police everywhere.https://t.co/faX4cXkyKw

Earlier this year, China also passed legal amendments against those who “insult, slander or infringe upon” the memory of China’s national heroes and martyrs, setting a jail time of up to three years.

Earlier this year, Chinese lawmakers made legal amendments to the country’s constitution to stipulate that people who “insult, slander or infringe upon” the memory of China’s national heroes and martyrs face jail time of up to three years, according to Reuters.

In February, The New York Times reported on a public Google spreadsheet that lists speech crimes in China. The spreadsheet lists nearly 2,000 times when the Chinese government punished people for what they said online and offline over the past eight years. It also includes links to publicly issued verdicts, police notices and official news reports.

Released recently, 22-year-old Chinese citizen served 15 months in jail for "insulting state leaders" on Internet. His name is Zhang Shulin, he was arrested in Oct 2019 for his messages in a QQ group chat that "insulted state leaders". #speechfreedom pic.twitter.com/Dzokhh5qSJ

The crimes listed range from people punished for what they said about COVID-19, to journalists who questioned a clash between Chinese and Indian soldiers last year, to others who called police “wolves” or “bastards” or cursed out the police after receiving a parking ticket.

The spreadsheet was created by a young man who told the Times that his surname was Wang. He started the spreadsheet in 2019 and is active on Twitter, “collecting and exposing cases that China violates citizens’ rights of speech freedom.”

“I knew that there were speech crimes in China, but I’ve never thought it’s so bad,” Wang said on Twitter under the user name @SpeechFreedomCN.

An investigation into the former Chinese version of Skype, TOM-Skype, and several other messaging apps has shown that the Chinese government censors private messages, and logs conversations deemed suspicious.

All of this is making it extremely difficult for Christians to function in normal daily life. It has forced all talk of faith underground and made it almost impossible for those attending illegal churches to set up times or meeting places.