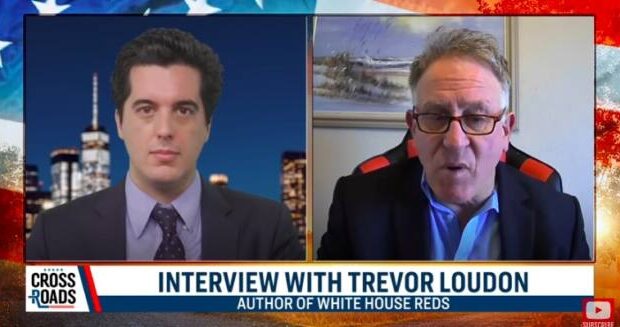 More evidence is coming to light showing that the Chinese Communist Party (CCP) has been fueling some of the social unrest in the United States this summer.

Author and documentarian Trevor Loudon, who researches terrorist and other radicalized groups and their covert influence on mainstream politics for more than 30 years. He was interviewed by international Epoch Times news organization.

The Freedom Road Socialist Organization (FRSO) based out of Minneapolis, an openly pro-Communist organization, and San Francisco-based Liberation Road, both have documented ties to the Chinese consulate there. Along with the the Chinese Progressive Association (CPA), the three are behind the recent riots according to Loudon who revealed the evidence in a recent interview on Epoch Times’ Crossroads program.

The report says that:

Liberation Road is “basically a Chinese directed movement,” Loudon said. It is a socialist organization, drawing from Marxist ideology, “with a clear focus on building the resistance to Trump,” its website said.

Liberation Road whose people “burnt Ferguson, Missouri to the ground in 2014,” split from FRSO several years ago over the issue of whether to work with the Democratic Party “and it is the parent body of Black Lives Matter [BLM],” Loudon said.

Some media denied the allegation about links of the Black Future Labs to the Chinese Communist regime because there are two organizations named “Chinese Progressive Association,” one in San Francisco and one in Boston. The Black Future Labs works with only the Chinese Progressive Association in San Francisco which is a different entity than its namesake in Boston, according to the New York Times.

And it’s not just on the west coast, the report states:

The CPA in Boston has very close ties and officially works for the Chinese Consulate in New York, Loudon said, but the Chinese Progressive Association in San Francisco is also very closely tied to the Chinese consulate there. They are “both front groups for the same communist organization” even though they are governed by separate boards, he added.

Both Tom and Lowe have close ties to the Chinese with Tom openly talking about “his contacts with the Chinese Embassy or a Chinese Consulate, and Ma was ‘a very close ally’ of Russell Lowe, an identified spy of the Communist Chinese who used to work at the office of Sen. Dianne Feinstein (D-Calif.) for about 20 years, Loudon said.”

The information also details Freedom Road which is “based on Marxist ideology with a mission to fight for socialism in the United States and seeks to establish a new Communist Party, according to its website.”

Its website openly declares it is pro-China, Loudon said, and it has been part of the Maoist movement for 40 years. It also has close contact with communist China and follows Chinese Communist Party propaganda, even some of its cadres live in China.

Riots in Minneapolis were sparked by FRSO, specifically by its member Jess Sundin, who also is a leader of the movement called Twin Cities Coalition for Justice 4 Jamar, and the wife of FRSO political secretary, Loudon said.

Loudon produced a video that includes a podcast showing Sundin, “admitting that she was the main organizer of the riots” and talking about the joy she felt when she saw a police precinct “being burnt to the ground.”

In the video she also admitted that the violence, looting, and arson were “intrinsically part of the movement,” Loudon said, “It wasn’t a peaceful demonstration being hijacked.”

Shockingly, the article quotes Loudon as revealing that, “Riots and unrest in other cities including Kenosha, Dallas, Houston, Tallahassee, Jacksonville, Miami, Tampa, Salt Lake City, and Los Angeles were organized and coordinated by the same group.”