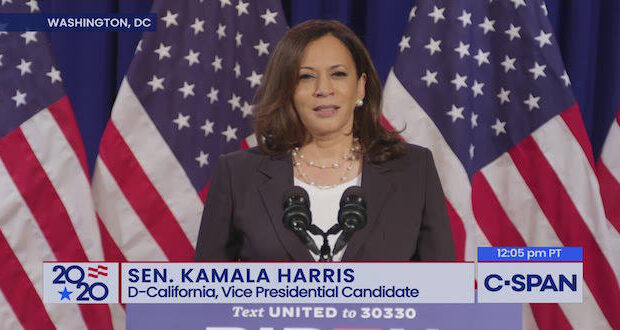 Tucker Carlson calls Harris ‘most secular candidate ever to run’

Fox News host Tucker Carlson is not buying the claims of faith by vice presidential candidate Kamala Harris. “First of all, Joe Biden and I are both people of faith,” Harris said in this week’s debate. “And it’s insulting to suggest that we would knock anyone for their faith.”

“Oh, come on,” Carlson responded, “A person of faith now? How? What exactly does Kamala Harris worship, apart from power? Honestly, we’d like to know. If you know, tell us. She seems like the most secular candidate ever to run for national office. That’s not an attack on her, by the way. Plenty of decent secular people. But it’s true.

“Not that truth matters in this case. For the purposes of last night’s debate, Kamala Harris identified as a ‘person of faith,’ and that’s all that matters. The progressive left understands race and gender and, yes, religious faith as means to an end. They’re identities. They don’t have independent meanings. They are tools used to win arguments and achieve power.”

Harris’ father was from Jamaica and her mother from India. They met at the University of California, Berkeley. She was raised in both Christian and Hindu traditions, according to “America Magazine.: Her name itself is Sanskrit for “lotus,” and a Hindu reference to another name for the goddess Lakshmi. Harris’ husband, Doug Emhoff, is Jewish, and she now contends she is a black Baptist though she has rarely set foot in a church.

Former House Speaker Newt Gingrich, whose wife Callista is the U.S. ambassador to Vatican City, said last month, “Are Democrats prepared to say a devout Catholic is by definition unfit to serve on the Supreme Court? If no pro-life Justice is acceptable, then no faithful Catholic, Evangelical or Orthodox Jew can be considered. Are Democrats really prepared to alienate that many Americans?”

Many point to her actions as California Attorney General and then U.S. Senator as being actively anti-religious.

Harris also discriminated against judicial nominees for their religious beliefs. As the Washington Examiner’s Nic Rowan reported, “Harris stirred controversy in 2018 when she proposed that a Trump judicial nominee and member of the Catholic organization the Knights of Columbus might not ‘fairly and impartially’ judge cases because of the organization’s allegiance to the Catholic Church.” But the Constitution bans religious tests for federal officeholders and employees, so a judicial nominee’s membership in a Catholic, pro-life, anti-same-sex marriage organization is not a valid reason to oppose their nomination.

Contrary to how she may portray herself, Harris is hardly a centrist. She might be tough on some crime, but she wasn’t tough when it counted and used her positions to discriminate against people of faith. Harris is fanatically opposed to protecting the unborn, people of faith, or religious liberty as a whole. Her record shows she has not stood idly by alongside centrist Democrats but has aggressively attacked one of our country’s core values: religious freedom.