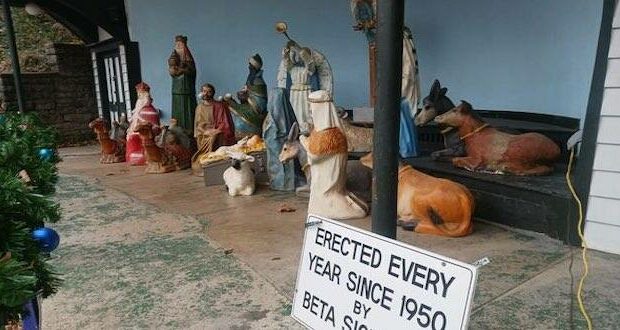 Christians in Eureka Springs, Ark., are defying an order from the city’s mayor to remove a nativity scene from a local park. Randall Christy, executive director of the Passion Play, said this year he was told by the mayor and the city attorney to remove Mary and the Christ child. 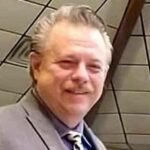 “This is Christmas,” he said, “Why is the nativity such a threat to the mayor of Eureka Springs?” He’s asking believers to call and encourage the mayor to not be a grinch.

The nativity scene had been a holiday tradition in Basin Park since 1950. Volunteers from the Passion Play have erected the nativity on behalf of Beta Sigma Phi for a number of years. The display is an iconic part of Christmas in the community.

The U.S. Supreme Court has previously found that a nativity scene does not violate the separation clause when other Christmas symbols are also present, as they are in the Eureka Springs park.

LATEST: CLICK HERE FOR AN UPDATE TO THIS STORY

“I am fed up with it, and I’m not going to do it,” Christy said in a video posted on Facebook. “I instructed my staff today — do not comply with the mayor’s request to remove this beautiful nativity scene that’s been here since 1950.”

The mayor’s office did not return calls from media outlets seeking comment.

“I don’t hate the mayor or the city attorney,” Christy said. “I just believe they are confused and mixed up, like a lot of America is. We’ve got to stand up for what’s right. I’m tired of people demanding that we remove Jesus from Christmas. Doesn’t that bother you? I refuse to comply with the demand.”

Although the Passion Play is not held during the winter months, visitors can support the attraction in several ways:

Hundreds of people have spoken out on social media and online forums expressing support for the nativity and the Passion Play.

“Time people speak up,” posted one person.  “I emailed and I think I will call. this is such a neat place the Holy land tour has a fantastic tabernacle.”

Another said the next election is coming. “This is easier said than done. if the citizens and the merchants stand up and tell the mayor Hands off or you have no job next election. He might change his mind.”

The U.S. Supreme Court upheld the display of a nativity scene, also known as a creche, on public property. In the 1984 Lynch vs Donnely case, a 5-4 majority upheld Pawtucket, Rhode Island’s right to display an outdoor nativity set. The court deemed the specific holiday display acceptable because it did not promote a specific religion because other Christmas scenes were also on display in the park. According to the ruling, the display recognized the holiday as well as the religious connotation.

Why cities attempt to ban nativities may be more about removing faith from the public square than legal issues. That’s because in the vast majority of instances, the displays fall within the Supreme Court’s approved guidance.

“We ask for your prayers as we take a stand,” Christy said. “Christmas is the national holiday in recognition of the birth of Jesus Christ.”

Previous: New Christmas music for 2022
Next: What We Have Learned about Censorship and Suppression of Speech in ‘Free’ America