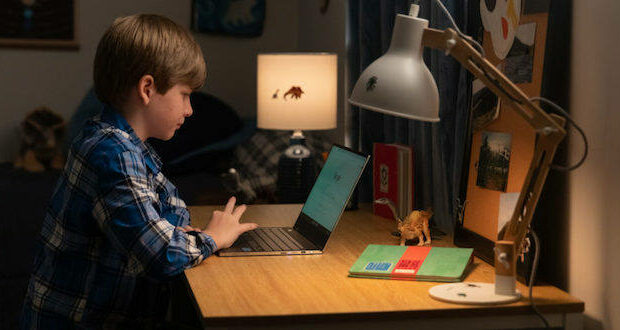 Google Chromebook has been dropped from a “Dirty Dozen” list of products or entities that foster sexual exploitation.

The move, by an organization that puts pressure on tech companies, came after Google implemented new safety standards for the laptop.

The National Center on Sexual Exploitation announced this week that Google Chromebook was being dropped from its 2021 Dirty Dozen List, which includes big tech companies and corporations that profit off sexual exploitation.

“Google’s move to default devices and products to safety for kids is now an industry standard, and we urge other tech companies to follow suit,” said Lina Nealon, director of corporate and strategic initiatives for NCOSE, in a statement. “Given the safety measures that have been implemented as of today, we have removed Google Chromebook from our 2021 Dirty Dozen List,” Nealon added.

“The improvements were long sought-after by NCOSE and its allies and ultimately will limit the amount of exposure to harmful content and potential predators through school-issued Chromebooks.”

NCOSE released its annual Dirty Dozen List back in February. Google Chromebook, which has been used extensively for educational materials for children and teachers before and during the pandemic, made the list due to concerns about graphic content.

According to NCOSE at the time, Google had refused to take basic safety measures to greatly reduce the risk that children using Chromebook would access “harmful material like pornography” and possibly be introduced to online predators.

“Even prior to the pandemic, we read countless news stories and received personal accounts of children easily accessing harmful material through their school-issued Chromebooks — at school and at home,” explained NCOSE as part of their Dirty Dozen List.

In late June, Jennifer Holland, director of education program management at Google, announced that they were going to implement various safety measures for their Chromebook product, which were scheduled to take effect at the start of September.

“We’re launching a new age-based access setting to make it easier for admins to tailor experiences for their users based on age when using Google services like YouTube, Photos and Maps,” wrote Holland.

“Starting today, all admins from primary and secondary institutions must indicate which of their users, such as their teachers and staff, are 18 and older using organizational units or groups in Admin Console.”

Holland explained that after Sept. 1, “students who are under 18 will see changes in their experience across Google products.”

Teachers need to make sure Chromebooks are set for maximum security. Administrators can restrict device access to only being used with managed student accounts and set “off hours” when students can sign in with their personal accounts. They can also use blacklists to set content limitations on websites and ensure students stay within the parameters of the responsible-use policies they have to follow on campus.

Previous: Organizations urgently call Christians to pray for Afghanistan
Next: Bless Your Pastor campaign even more important this year