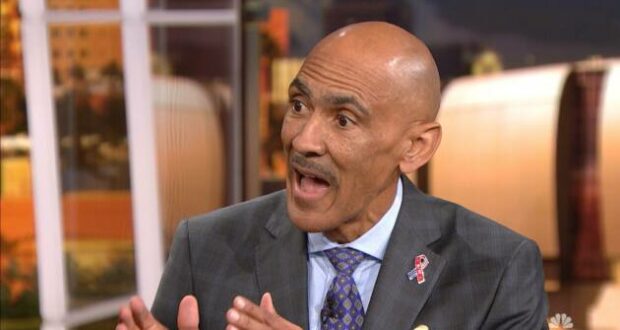 Former NFL Coach Tony Dungy will speak at  “Next Steps: Marching Forward in a Post-Roe America”– the nation’s pro-life march in Washington D.C.

The march is organized by the National Right to Life in cooperation with thousands of pro-life organizations from across the country.

The January event draws thousands of pro-life individuals including Catholics, Protestants, Republicans and Democrats and even a large contingent from Feminists for Life, to Washington, D.C., each year to commemorate the anniversary of the Supreme Court’s 1973 decision in Roe v. Wade. That ruling created an unconstitutional right to abortion as determined by the Supreme Court in Jue.

Dungy has not been shy about his views. Society should focus on the baby in the womb, he said over the summer. Dungy, who started his coaching career as an assistant for the Kansas City Chiefs, tweeted “God is placing life in the womb, and He is forming that life,” he tweeted. “Is it OK for us to decide to end it?”

It wasn’t the first time Dungy has engaged with his followers on the issue of abortion, although it is the first time he’s commented on the subject on Twitter since the Supreme Court overturned Roe v. Wade. Dungy’s string of tweets began as a response to a question from journalist Adam Davidson, who had implied there is no biblical case for the “idea that life begins at conception.”

“It’s a brand-new idea, made up in the 1970s,” Davidson tweeted. “In the bible and for nearly all of Xn history, life was thought to begin sometime in the 2nd trimester.” Davidson writes for “The New Yorker” and cofounded the NPR podcast “Planet Money.”

When someone asked why Dungy was siding with “people from 2,000 years ago, he replied, “I’m basing my opinion on what God said, not what people want to advocate.” Another person encouraged Dungy to “focus on the woman.” To that, Dungy wrote, “Why not focus on the baby? Does that life mean anything?”

Meanwhile, Dungy acknowledged other opinions on the issue.

“I think we can have conversations and even disagree without it being the end of the world,” he tweeted. “I know that everyone won’t look at things like I do, but I can still share what I believe and why I believe it.”