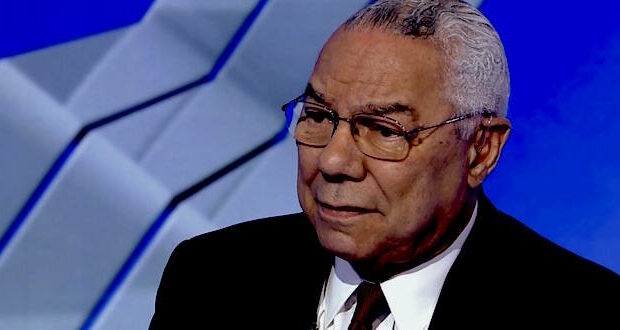 Former Secretary of State and retired Gen. Colin Powell has died at age 84, his family announced Monday morning. Powell, who served under Republican presidents, “passed away this morning due to complications from COVID-19,” the family said in a statement.

The death came despite Powell being fully vaccinated against the virus that causes COVID-19. His wife, Alma, also was a breakthrough case after having been vaccinated but recovered from the illness.

Powell was being cared for at the Walter Reed National Military Medical Center in Bethesda, Maryland.

“We want to thank the medical staff at Walter Reed National Medical Center for their caring treatment. We have lost a remarkable and loving husband, father, grandfather and a great American,” the family said.

Walter Reed did not immediately respond to a request for comment.

Powell, born on April 5, 1937 in New York City’s Harlem neighborhood, served for 35 years in the Army, including two tours in Vietnam.

He was part of the Reagan, George H.W. Bush, and George W. Bush administrations, with positions including national security adviser, chairman of the Joint Chiefs of Staff, and secretary of state.

Powell, considered a “country club” Republican,  appeared at the Democratic National Convention (DNC) in 2020 and endorsing then-candidate Joe Biden over incumbent Donald Trump. He had recently, though, become disenchanted and questioned the Biden’s administration’s handling of Afghanistan.

“He was a great public servant, starting with his time as a soldier during Vietnam. Many Presidents relied on General Powell’s counsel and experience,” former President George W. Bush said on Twitter.

“This is hitting me hard. Colin Powell was a statesman who put his country & family above all else. As a young Black man, he inspired me & showed that there are no limits to what we can be or achieve. Sending my prayers to his family. Rest In Peace,” added Jaime Harrison, the chair of the DNC.