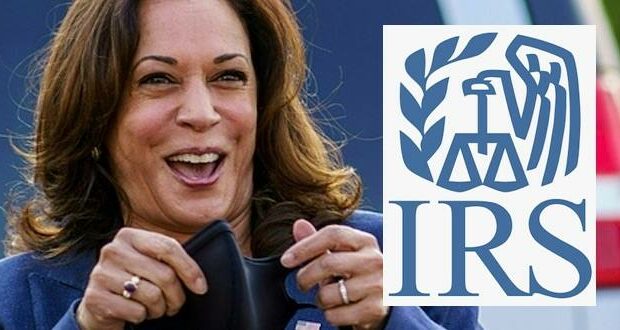 CNN reports that Vice President Kamala Harris will be featured in a partisan Democrat campaign video distributed to churches just before an important election. The message, which is against IRS regulations, urges black voters go to the polls and cast their ballots for her preferred candidate, Democrat Terry McAuliffe.

IRS rules in place since 1954 make partisan political campaign activity by churches illegal. Critics and government watchdog groups are asking how is it permissible for churches to broadcast campaign videos endorsing a specific candidate and encouraging people to go vote for that candidate.

CNN reports of the video, which is an attempt to sway this particular election, that: “More than 300 Black churches across Virginia will hear from Vice President Kamala Harris between Sunday and election day in a video message that will air during morning services as part of an outreach effort aimed to boost McAuliffe.”

Harris speaks of her own childhood church experiences in the video, saying that her time in church “taught her it was a ‘sacred responsibility to ‘life up the voices of our community.'” And those voices, according to Harris, should vote for her preferred candidate, McAuliffe.

“I believe that my friend Terry McAuliffe is the leader Virginia needs at this moment,” Harris says in the video, according to CNN.

They note that she then pumps McAuliffe’s “long track record of getting things done for the people of Virginia.”

Then she tells them when to go vote, right after church. CNN notes that the “McAuliffe campaign has embraced ‘Souls to the Polls,’ block-party style events featuring top campaign surrogates after church near polling locations, to drive voter turnout.”

Harris is directly campaigning from the altars of more than 300 churches in Virginia, combining her authority as Vice President with the authority of the church itself to encourage voters to comply with her choice for their vote.

The definition of a tax-exempt entity under the IRS code 501(c)(3) states that it is one “which does not participate in, or intervene in (including the publishing or distributing of statements), any political campaign on behalf of (or in opposition to) any candidate for public office.”

Over the years, Congress has taken a closer look at this prohibition from time to time, and has in fact strengthened it.

Harris is only the latest politician to try to use the faith of the faithful in the leadership of their priests, pastors and deacons, to alter the outcome of elections. Evangelical pastors who favored Trump did it, and were widely ridiculed for it in the press.

In an AP article that also misreports the number of people who died during the Capitol riot on Jan. 6—it was one, they report five—they take aim at evangelical pastors who spoke to their congregations in favor of former President Donald Trump.

The Atlantic complained about the penchant of some evangelical pastors to back Trump, saying “The rise of Donald Trump, however, has made it harder than ever to separate evangelicalism from politics.”

Films like “Unholy” were made about the “link” between Trump and evangelicals, saying that Trump’s Christianity was shallow, or that churches had no business backing political candidates.

Now that Harris is preaching to Christian voters in Virginia, there is no outrage, no backlash, no furor over her encouraging people to vote on her terms. The IRS code is clear, and any church that broadcasts Harris’ campaign video to their congregation is in violation of it.

The same outlets that badgered evangelical pastors for their pro-Trump views have no harsh words for Harris or the churches that allow her to campaign to their parishioners this Sunday.

Previous: Colin Powell dead of Covid, was fully vaccinated
Next: Despite few masks, no lockdowns or vaccine, Amish community thrives during Covid