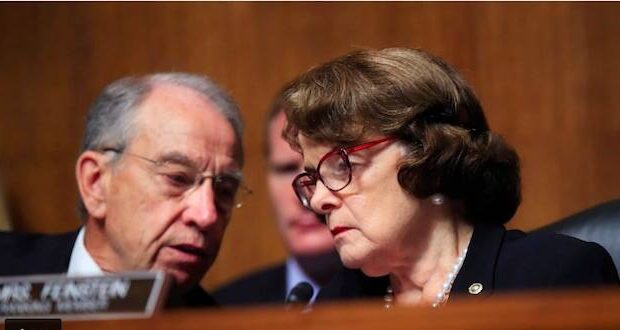 Democrats courting Christian voters are now wary of using faith as a weapon against Supreme Court nominee Amy Coney Barrett, whose confirmation hearings are taking place this week, according to ABC News. Democrats has previously attacked the faith of Barrett and other nominees to court positions in the past.

The hearings begin as the American Bar Association on Sunday released a letter of support, giving Barrett their highest rating.

“Her religion is immaterial,” asserts Sen. Mazie Hirono, D-Hawaii, but it’s not out of bounds to question “the views themselves that she has articulated.”

It’s a switch for Hirono. In December of 2018, Hirono and Democrat vice presidential candidate Kamala Harris questioned a federal judicial nominee about his membership in the Knights of Columbus, the well-known Catholic service organization.

They asked Brian Buescher whether he shared the groups “extremist” values and if he would be able to judge certain cases fairly. They were roundly criticized by leaders of numerous faith groups.

Political pundits now say those attacks will be more subtle.

Sen. Chris Coons, D-Del., said he will focus on Barrett’s “public statements, on her judicial philosophy, on the ways in which her judicial views as publicly expressed leave me gravely concerned about how she might rule as a justice.”

"The dogma lives loudly within you."

Republicans predict that Democrats will overreach and alienate key voters just weeks before the Nov. 3 election. Democrats are determined to avoid the trap, recognizing the political danger as their presidential nominee, Joe Biden courts voters of faith even as he has been denied communion over his support for abortion up until the moment of birth.

“God forbid a Democratic senator did go after this candidate on the grounds of her religious belief,” said Stephen Schneck, a national co-chair of Catholics for Biden. “I think it would create a huge backlash that would certainly hurt the Biden campaign.”

Senate Majority Leader Mitch McConnell, R-Ky., said any attacks on Barrett’s faith are a “disgrace.” Democrats, he said, are “so disconnected from their own country that they treat religious Americans like strange animals in a menagerie.”

Democratic leaders have pledged to focus their questioning elsewhere — particularly on the Affordable Care Act, which is being challenged before the court next month, and Barrett’s stance on the landmark Roe v. Wade abortion ruling. “I don’t intend to question her about her personal views or private religious faith or views,” Coons, a key Biden ally, said this past week. “I don’t expect my colleagues will either.”

Fearful of losing the high court for a generation, the left is demanding that Democrats resist Barrett’s nomination with everything they have. But with the election so close, Democrats are wary of missteps that could hurt their bid to wrest back control of the White House and the Senate majority. Republicans have preemptively declared any discussion of Barrett’s faith out of bounds.

Republican Sen. Josh Hawley of Missouri asked Senate Minority Leader Chuck Schumer of New York to ensure Democrats don’t give oxygen to what Hawley said is a “a long history of anti-Catholic hatred by some in this country.”

Polls show  overwhelmingly that voters have have disagreed with Democrats’ use of faith as a weapon in previous confirmation hearings. During Barrett’s last confirmation hearing, Democrat Senator Diane Feintstein had said “The dogma lives loudly within you,” referring to her Catholic faith.