Home / Health and Wellness / WHO urges halt to lockdowns worldwide 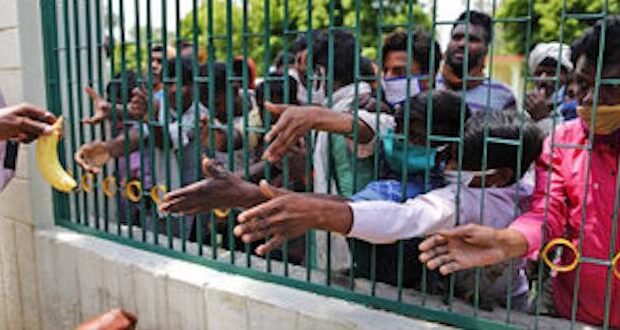 Stop using lockdowns to control the pandemic. That’s what the World Health Organization is now urging political leaders around the globe

“We in the World Health Organization do not advocate lockdowns as the primary means of control of this virus,” WHO Special Envoy David Nabarro told The Spectator in an interview aired on Oct. 8. “The only time we believe a lockdown is justified is to buy you time to reorganize, regroup, rebalance your resources, protect your health workers who are exhausted, but by and large, we’d rather not do it.”

Nabarro said that poorer populations are being harmed the most around the world as one of the victims, not of the virus, but of government ordered lockdowns.

READ: How lockdowns hurt the poor

“Just look at what’s happened to the tourism industry, for example in the Caribbean or in the Pacific, because people aren’t taking their holidays. Look what’s happened to smallholder farmers all over the world because their markets have got dented. Look what’s happening to poverty levels. It seems that we may well have a doubling of world poverty by next year. Seems that we may well have at least a doubling of child malnutrition because children are not getting meals at school and their parents, in poor families, are not able to afford it,” Nabarro said.

“This is a terrible, ghastly global catastrophe, actually,” he said. “And so we really do appeal to all world leaders: Stop using lockdown as your primary control method, develop better systems for doing it, work together and learn from each other, but remember—lockdowns just have one consequence that you must never ever belittle, and that is making poor people an awful lot poorer.

Nabarro isn’t the only scientist opposing lockdowns. A large number of medical and public health scientists and medical practitioners have signed the Great Barrington Declaration, which states that “current lockdown policies are producing devastating effects on short and long-term public health.”

READ: Lockdowns and their negative effect on chldren

The declaration states, “The most compassionate approach that balances the risks and benefits of reaching herd immunity, is to allow those who are at minimal risk of death to live their lives normally to build up immunity to the virus through natural infection, while better protecting those who are at highest risk.”

With few exceptions, world leaders followed the lead of the Chinese communist regime when responding to the outbreak of the virus, imposing unprecedented lockdowns. Sweden, which didn’t impose a lockdown, experienced a lower percentage of deaths than some locales and nations that set restrictions.

In the United States, President Donald Trump delegated the decisions on lockdown measures to the governors of individual states. In the end, all but a handful of states enacted some sort of restrictive measures.

Previous: Judges on Missouri’s ballot for the Nov. 3 election
Next: Democrats fearful about attacking Barrett’s faith during confirmation