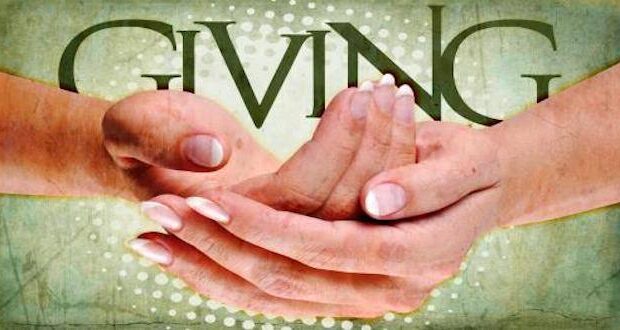 Churches across the nation are feeling encouraged after their congregations stepped up during the coronavirus pandemic. Donations to churches and ministries have remained strong.  In a reversal of earlier fears for the worst, a new survey shows that tithes and donations to most churches and ministries has stayed steady or grown despite stay-at-home orders across the nation.

Christian leaders had worried that stay-at-home restrictions put in place because of the coronavirus pandemic would affect giving.

“For pastors and church staff, there will be difficult days ahead,” State of the Plate founder Brian Kluth previously said. In a March podcast, the Barna Group reported that 62 percent of US pastors said giving was down at their churches. But the new survey shows giving has rebounding despite the pandemic.

In Pleasant Hill, Mo., a rural bedroom community of 9,500 southeast of the Kansas City metro, giving has remained steady, allowing Echo Church to continue its ministry.

“During this season, our church family’s faithfulness has provided financial solidarity and proven yet again that the Church is at its best when it faces its worst,” Echo Pastor Shawn Gray told Metro Voice.

“When Covid19 broke out, the church braced itself for an influx of needs to inundate our church office and overwhelm our staff,” Gray says. “Much to our surprise, they never did. The moment they arose in our community, people stepped up to meet those needs before we could respond. This is a picture of the Church in operation.”

The pastor encourages church attenders to meet needs where they see them, even before referring them to the church for assistance. “I have often said, ‘if the church office gets a call, it had to slip by church members to get there. Never let an opportunity to be Christ pass you by.'”

“From what I’m hearing here in the Silicon Valley, we’re not going to be hit that hard,” California Southridge Church pastor Micaiah Irmler said. “The only thing that has me somewhat nervous is how many church members might move out of our area to decrease their cost of living.”

Churches and nonprofits are also looking to make cautious choices with the gifts as the pandemic continues and cities across the U.S. begin to slowly reopen.

In area’s where stay-at-home restrictions have hit hardest, some churches though, are making difficult choices. About one in five churches and Christian nonprofits in the survey said they have instituted hiring freezes for nonessential roles while 11 percent of churches and 14 percent of nonprofits have made cuts to hours for some staff.

As for Pleasant Hill and the Christian community there and how they responded to the pandemic, Pastor Gray beams when he talks about how it was met head-on.

“I could not be more proud of the believers in this community. Organization’s will never be as powerful as each person doing there part. It has been a blessing to watch. I believe a new day is dawning on how the church does church.”