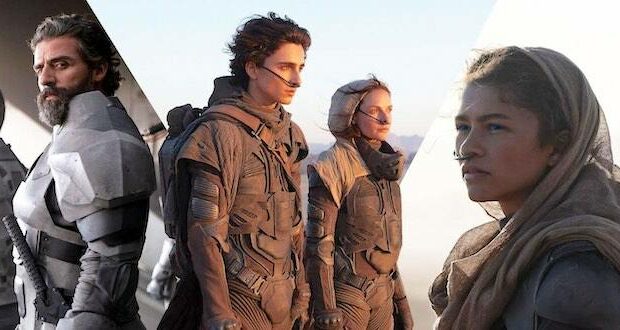 Dune is perhaps the most highly-anticipated sci-fi film since Star Wars: A New Hope

Frank Herbert’s epic Dune, published in 1965, is (arguably) to sci-fi what Lord of the Rings is to fantasy. This sweeping saga encompasses a riveting tale of politics, revolution, religion, love, loyalty and interstellar civil war as one young man slowly dons the mantle of messiah that has been thrust upon him.

If that sounds like a lot to cram into one movie, it is. This film’s 2.5 hour adaptation only makes it through about half of Herbert’s first book in the series.

Dune has infamously resisted translation to the cinematic format. The 1984 version, directed by none other than David Lynch, has been both mocked and adored—the latter for its pure absurdity at certain points. A miniseries in 2000 paid closer attention to the source material yet largely failed to generate adulation among the Dune faithful. 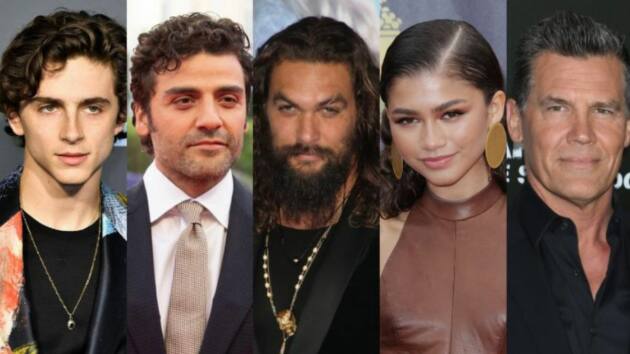 So what’s the Dune story?

But he has little choice.

The galaxy’s Emperor has instructed the Duke’s noble House Atreides to assume stewardship of the most important planet in the empire: Arrakis. Dune, the Desert Planet, as it’s known.

The sands of Arrakis blow hot and barren across its vast wasteland. But the sand also mingles with the universe’s most precious commodity: spice. The spice of Dune is not only a powerful hallucinogenic; it also enables Spacing Guild Navigators to bend time and space, making interstellar travel possible. Without the spice, there is no space travel—no trade, no empire, no anything.

Nothing matters more than spice.

Receiving Arrakis would seem to be a great boon to House Atreides. But the planet’s oversight is being taken from the House Harkonnen, led by its grotesquely bloated Baron. He’s none too happy to have his monopoly given to another House—even if that supposed gift is part of a bigger plan on the part of the emperor to wipe out the increasingly formidable House Atreides.

Indeed, the myriad armies of House Atreides—led by the fierce soldiers Gurney Halleck and Duncan Idaho—have barely arrived in the capital city of Arrakeen when the trap begins to snap shut. And brutally so. It seems the Duke’s lineage—represented by his son Paul, who’s barely come of age—will be wiped out.

But all is not as it seems on Dune. Beneath the shifting, sweltering sands, harbored in island-like rock outcroppings in the deep desert, an indigenous people known as the Fremen await the coming of a messiah. It’s been foretold that he will lead them into glorious battle against their outworld oppressors, securing their freedom.

Whispers among the people even suggest that young Paul Atreides could be that long-awaited savior and deliverer.

If, that is, the heat, the Harkonnens and the sandworms don’t kill him first.

The film is filled with positive elements, including loyalty, the seriousness of faith, oaths and more.

Duke Leto is a man and leader of nobility and honor. Morally speaking, House Atreides is the polar opposite of House Harkonnen. Leto knows that the emperor’s “gift” is not what it seems; he knows the Harkonnens quite likely lie in wait for him; yet he obliges his emperor and prepares to receive the stewardship of Arrakis anyway—bravely taking a place of leadership on a brutal world surrounded by equally brutal rivals.

The Duke deeply loves his son, Paul. Speaking of leadership, he tells Paul, “A great man doesn’t seek to lead. He’s called to it. And he answers.” Then the Duke adds, “And if your answer is no, you’ll still be the only thing I ever needed you to be: my son.”

Paul has, not surprisingly, has received the best martial tutelage from the legendary warriors Duncan Idaho and Gurney Halleck. Indeed, both of these men strive to train, equip and encourage Paul to be prepared for any threat. At one point, Gurney charges into hand-to-hand combat training with the young man after Paul says he’s not in the mood. “Mood?!” Gurney exclaims. “What’s mood got to do with it? You fight when necessity arises, no matter what the mood.” And as the Harkonnens bring the fight to the House Atreides, Gurney and Duncan both serve heroically in defense of their liege.

The Duke has a longstanding love relationship with Lady Jessica, his concubine. Indeed, the Duke regrets never having married her (which he says to Jessica at one point). Jessica’s loyalty to and love for Paul likewise is as fierce as Duke Leto’s.

The Fremen, we learn, are a mysterious, semi-nomadic desert people who live by their own code of honor. At times it’s a deadly one.

One character, Dr. Liet Kynes, is an Imperial Planetologist who also serves as the Judge of the Change—the handover of power between the Harkonnens and the Atreides. She is supposed to be steadfastly neutral, but she, too, ultimately proves a heroic character when the Harkonnens attack.

In fact, there’s no shortage of heroism here all around—from the Duke, to Paul, to Jessica, to nearly all of the major Atreides characters—as they try to resist getting caught in the trap that’s been set for them.

Dune and its religious aspects

Two distinct streams of spiritual belief mingle throughout the story of Dune.

Jessica is a member of a shadowy-but-influential female religious order known as the Bene Gesserit. But she’s sought to train Paul, illicitly, in the ways of her religious tradition.

The Bene Gesserit have a variety of abilities. First, they use something called the Voice, which exerts powerful mind control over those who hear it. Second, we hear whispers of these soothsayers ability to foresee the future—as well as of their limited ability and boundless determination to shape it.

The Bene Gesserit form an organized religious force that plays an important role in sustaining and affirming the Emperor’s power. But it’s equally clear that the Bene Gesserit have their own agenda at work, too. As a whole, they’re not depicted as a force for good, but a group to be feared and distrusted because of their shadowy, duplicitous ways.

In some respects, you could perhaps identify loose narrative parallels between the Bene Gesserit’s depiction here and the medieval church’s intertwined (and sometimes compromised) relationship with political. The Bene Gesserit sect has largely been corrupted by power but is ruthlessly determined to hang on to it.

The second religious thread in the story is the Fremen’s religion. These desert-dwelling people’s faith is depicted in a more pure and holistic way. If the Bene Gesserit are corrupt, the Fremen seem to be true believers in their convictions.

The Fremen, as mentioned above, have a prophecy about a leader who come from off-world to liberate them. Paul, some of them think, could be that longed-for spiritual liberator.

Dune and parallels to real religion?

Though both the Bene Gesserit religion and that of the Fremen are fictional ones, it’s not hard to draw parallels between existing belief systems in our world. Here, religion serves, paradoxically, as both the sustainer of the status quo and the spark of revolution coming against it.

There’s plenty of fodder for discussion in that tension, which I suspect is exactly what Herbert intended. And Villeneuve has captured that tension effectively here. But families with younger fans of the book may want to think carefully before seeing this version of Frank Herbert’s iconic story.

Dune is perhaps the most highly-anticipated sci-fi film since the original Star Wars.

Given the inherent density of Herbert’s seminal novel, I suspect that this spectacularly filmed movie will still appeal more to those who’ve read the book than those who haven’t. More so than his predecessors, however, Villeneuve has managed to capture the essence of the story, the tale of a young man thrown into a brutal world and called to be its unlikely savior.

(Plus, of course, sandworms. Very nicely executed here, those.)

After serving as an associate editor at NavPress’ Discipleship Journal and consulting editor for Current Thoughts and Trends, Adam now oversees the editing and publishing of Plugged In’s reviews as the site’s director.