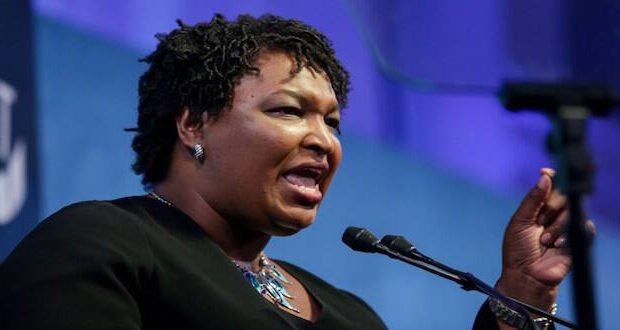 Stacey Abrams, the Democrat candidate who still has not conceded her 2018 race for Georgia governor, told Missouri Democrats at their convention to “take your power back.” She was the keynote speaker last Friday.

Speaking by Zoom, she encouraged voters to back candidates who would do more to challenge economic injustice, systemic racism and climate change.

Abrams specifically called out Missouri Gov. Mike Parson and Secretary of State Jay Ashcroft, two Republicans. She said Parson “doesn’t deserve to have the job” as governor if he doesn’t expand absentee voting during the COVID-19 pandemic.

As for Ashcroft, Abrams said, “We know that Jay Ashcroft is not ready for leadership if he doesn’t use his power to ensure that a notary requirement that puts people’s lives at risk, that puts the notary’s life at risk, is the wrong message to send to Missouri. I challenge every person in Missouri to tell the leadership they have now to go home and say, ‘Show me who you are,’ and you will show them what you deserve.”

Parson signed a bill expanding voting methods during the coronavirus pandemic. The law allows anyone who has contracted COVID-19 or is considered to be at-risk to vote absentee without notarization in 2020. Additionally, voters can request a mail-in ballot for the 2020 elections from the local election authority, but this would need to be notarized and returned in the mail.

Abrams has made many controversial statements in the past, causing even Democrat to avoid her.

Some of her controversial positions inclulde: