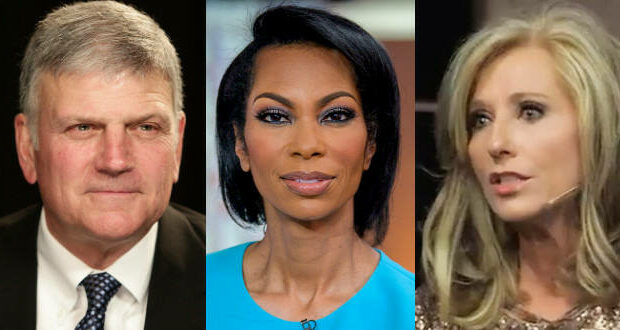 Faith leaders across the nation are responding to the tragic school shooting in Texas. All of them encouraged Christians to pray, and several suggested specific actions, including addressing the fact that fatherless boys account for the majority of shooters in the country. Here is what they are saying:

Franklin Graham, Samaritan’s Purse. “Such a heartbreaking tragedy. 14 students and a teacher were killed in a mass shooting in Uvalde, Texas, today. Many were also injured by the 18-year-old shooter, who is also now deceased and allegedly also killed his own grandmother before entering the school. Join me in praying for these devastated families and their community. May God help, comfort and sustain them as only he can.”

Al Washington, Pastor, Getty Street Church of Christ, Uvalde, TX. It will be a tough road ahead, but we know that with concerned brothers and sisters in the larger community like yourself, our own working together to reach out to each other, and an unwavering trust in God to lead the way by speaking to us through scripture and prayer, we will be even a stronger community than before.

T.D. Jakes, Senior Pastor, The Potter’s House, Dallas, TX. “At times like today, when life doesn’t make sense after another senseless school shooting, we turn to God. We pray for those beautiful souls who have been lost, for their grieving families and loved ones, and for all those affected. We pray for peace and we hold them close.”

Anthony Bailey, The King’s College. “Almost every major school shooter since Columbine suffered from dad-deprivation. It predicts criminal deviance. Sadly, this shooter is a textbook case of a dad-deprived, abused and neglected kid. Hurt boys, hurt others. The shooter’s mom was an abusive, neglectful drug user. Boys learn empathy from their fathers. Dad-deprivation in boys often develops into violent rage and suicidal ideation. Bad/absent dads are the precondition for boys’ violence.”

Harris Faulkner, Christian journalist. Lifting up a verse for the loved ones grieving in Uvalde, Texas on this first torturous night.  Matthew 19:14: But Jesus said, “Let the little children come to me and do not hinder them, for the kingdom of heaven belongs to such as these.” (Source)

Michael Wear, The Trinity Forum. “I’m not a huge fan of Sen [Chris] Murphy, but I appreciate his leadership on gun control and that his messaging falls between the two insane poles on here: 1) There is absolutely nothing we can do 2) We [could] end all shootings forever with this single bill but the GOP literally enjoys shootings. Instead, I’m where Sen. Murphy is. I don’t know which shootings we could stop, but what kind of sick political culture endures shooting after shooting and responds with silence? There must be a substantive, legislative response that we then evaluate.”

Beth Moore, Bible teacher. “I want so much to have some words for y’all but all I can do right now is sob. My good friend says that tears are liquid prayers. That is how I’m praying for now.”

Albert Mohler, Southern Baptist Theological Seminary. “At least one thing that might have been done is to have prevented that young man from being able to enter that school with weapons. We’re likely looking at a situation where over time, it’s going to become more and more difficult for people to gain access to schools like that. But we also need to recognize that such a reordering of our society behind wall after wall and barrier after barrier of safety and security as necessitated by this kind of attack, the truth is that we have lived for some time in the blessed situation where our communities are more intact — or were more intact — where this kind of attack was far less believable, much less, far less, predictable. Something is deeply broken in our society in a way that actually was not true just a matter of, say, a century ago “

Cardinal Blasé Cupich, Archdiocese of Chicago. “Mass shootings have become a daily reality in America today. Two people died and seven were injured last week during a mass shooting just down the street from Holy Name Cathedral. Last weekend in Chicago, 28 people were shot. As I reflect on this latest American massacre, I keep returning to the questions: Who are we as a nation if we do not act to protect our children? What do we love more, our instruments of death or our future?”

Rick Warren, Saddleback Church. “As a parent who lost one of my children to gun violence, I beg you to pray for the grieving parents of Uvalde. You’ll quickly forget this horror and move on, but they will have to carry this grief the rest of their lives. Don’t forget them.”

Jim Daly, Focus on the Family. “Our hearts break at the news of yet another school massacre, which has taken the lives of elementary school children and teachers in Texas. As a citizen, I am sickened and saddened. As a father, I am enraged. Lord, bring comfort to the grieving families.”

What will it take to stop this? Is there any way for our politically divided nation to “meet in the middle”? Can the people tired of “prayers and thoughts” acknowledge that perhaps there is a evil even laws can’t restrain? Can the people who believe “no gun law could have stopped this” consider that mortality can be regulated through legislation?

Can the people accusing pro-lifers of not caring about dead school children understand that we are just as sickened and horrified as everyone else? Can pro-lifers understand why pro-choice people don’t believe we care when we vote for politicians who reject what they see as “common sense gun control”?

Do we empathize with those terrified to bring a child into a world like this? … I am humbly listening and learning. We need each other to end this violence. Our children are dying because we live in a nation obsessed with violence. We must find a way to preserve life.

U.S. Conference of Catholic Bishops. There have been too many school shootings, too much killing of the innocent. Our Catholic faith calls us to pray for those who have died and to bind the wounds of others, and we join our prayers along with the community in Uvalde and Archbishop Gustavo García-Siller. As we do so, each of us also needs to search our souls for ways that we can do more to understand this epidemic of evil and violence and implore our elected officials to help us take action.