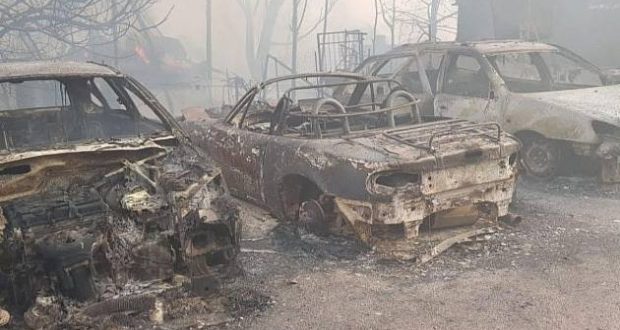 Fires ravage Israel as it asks neighbors for help

Israel is on fire today and is asking neighboring countries for help. Prime Minister Benjamin Netanyahu directed the Foreign Ministry to contact nearby nations for “immediate” assistance in putting out the hundreds of fires that are ravaging the nation Thursday.

Over 3,500 homes in dozens of communities have been evacuated.

While the countries contacted were not mentioned, a senior Fire Department official said earlier they could turn to Cyprus, Greece and Croatia for help.

Public Security Minister Gilad Erdan is expected to declare a national emergency be declared ahead of Summertime temps across the country reaching 100° on Friday.

Several of the fires near the Hamas-controlled Gaza strip have been set by terrorists. It is not known if other fires across the country were also terror-related as was the case several years ago.

Israel is the only country in the world that began the the 21st Century with more trees than at the beginning of the 20th Century. A 100 year effort of planting trees and greenery in the once arid landscape has transformed the countryside to lush forests and agricultural lands. That means easier targets for arsonists or lightening.

The largest fire was in the Ben Shemen Forest and around the 250-member community of Mevo Modiim which has been almost completely destroyed.

In a nearby town, residents have saved ancient Torah scrolls from the community synagogue as the fires raced across the countryside. 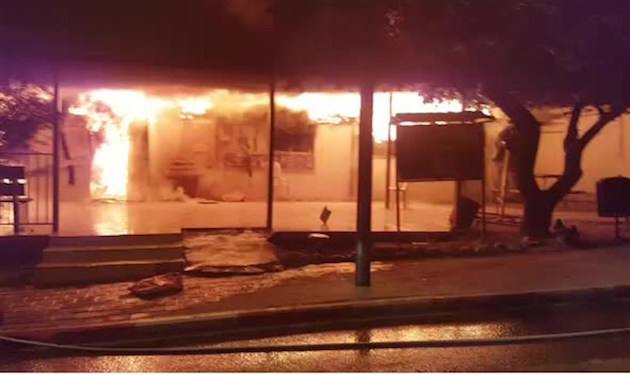 Mevo Modiim’s synagog burns to the ground. Residents had saved the Torah scrolls just before.

Israelis have also been evacuated today from towns and cities, large and small including Tarum, Neot Kedumim, Kfar Daniel, Kfar Uriya, Karmia and Harel. He added that forces were preparing to evacuate thousands of more Israelis, including ones in the central towns of Shilat, Kfar Ruth and Lapid.

Firefighters had yet to gain control of the majority of the fires as sunset approached Thursday (Israel is 8 hours ahead of US Central Time), the spokesman said. Police reported that the blazes had caused road closures throughout the center of the country causing delays in food deliveries and ambulance services.

While dozens of people have been injured, it is not yet known if there are any casualties.

Previous: Sudden Rapid Heartbeat: Revealing a lesser-known heart disorder and what to do about it
Next: Photos show devastation in Jefferson City