Home / News / Gargoyles get a new look on English church 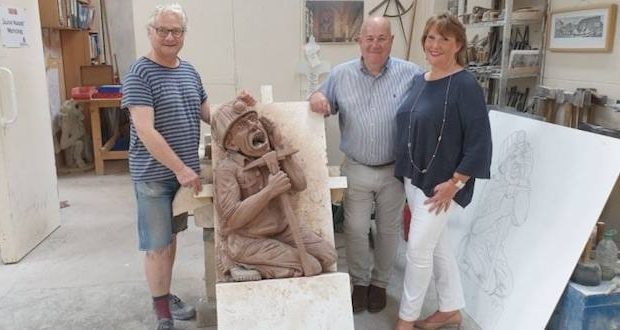 Gargoyles get a new look on English church

Built to last for hundreds of years, new gargoyles are being prepared for Gloucester Cathedral as part of a major restoration project.

The ‘Freeminer’ Gargoyle offers a modern twist on the medieval carved stone spout, architecturally used to direct water off the building but traditionally designed down through the centuries with ugly faces intended to scare off evil.

The second in a set of six new gargoyles being carved for the roof, the Miner Gargoyle represents the Forest of Dean region of the county.

The other five gargoyles in the set are to represent the other regions of the county – Gloucester, Cheltenham, Tewkesbury, Stroud and the Cotswolds. 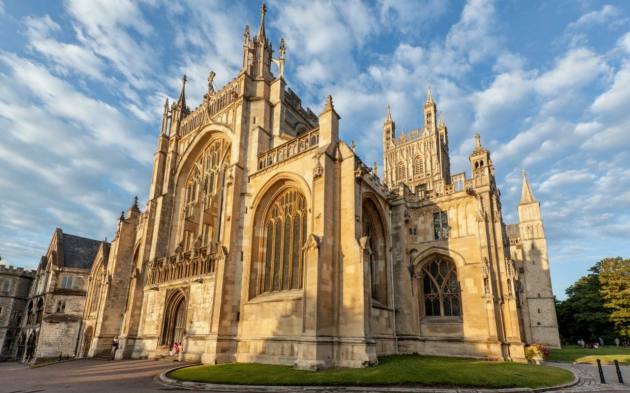 The design for the second gargoyle pays homage to the area’s rich mining heritage, which in the Forest of Dean, was at its peak in the 19th and 20th centuries.

It was regulated through a system of “freemining,” in which people were granted licences to mine individual plots.

While the freeminers have largely gone from the area now, their spirit lives on and it is this spirit that the Miner, and other Gargoyles, is intended to encapsulate.

A marquette – or clay model – of the gargoyle was unveiled this week showing a freeminer with his pick axe, symbolizing the dogged determination of the miner to pick the coal and provide for his family.

Over the next six months, Gloucester Cathedral’s Master Mason Pascal Mychalysin will carve the design into stone ready to be added to the roof to protect the building’s stonework from the harmful effects of water for dozens of generations to come. 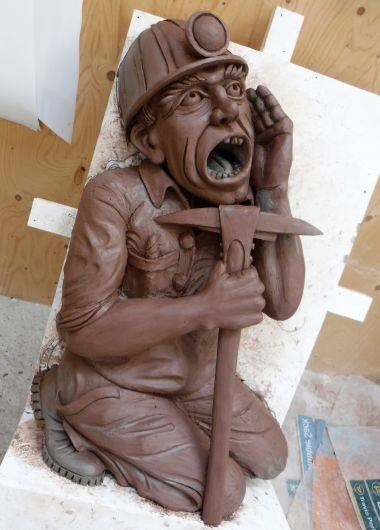 The marquette of the new miner gargoyle, which will be carved into stone over the next six months (Photo: Gloucester Cathedral)

The set of new gargoyles is a significant update to the ambulatory, which dates back to the very origins of the 900-year-old Norman Abbey and houses the tomb of King Edward II as well as the Memorial Chapel honoring the county’s war dead.

It is only the second time in living history that new gargoyles have been created for Gloucester Cathedral, which said that its stonework was the “most pressing focus for repair,” requiring “urgent” conservation to ensure it is watertight and weatherproof.

The Very Rev Stephen Lake, Dean of Gloucester said: “What image could have better represented the proud independence of the Forest folks than that of a freeminer?

“Mining is a hugely significant part of the Forest of Dean’s industrial heritage and deeply connects communities and families to the region’s beautiful landscape.

“We are delighted to celebrate such an important part of the county’s story through the creation of the freeminer gargoyle.”

The gargoyle is being sponsored by Forest of Dean-based company PSW England Ltd.  Managing director Peter Watkins shared the personal connection he has to the area’s mining heritage.

“The Forest of Dean is a very special part of Gloucestershire set in between the magnificent Severn and Wye Valley rivers. It has a magical landscape – a wonderful ancient woodland with trees and valleys, rivers and streams,” he said.

“By the end of the Second World War half of the male population of the Forest of Dean worked in the pits. My grandfather, Stanley Watkins worked as a Miner at the Princess Royal Colliery in Bream before his premature death due to silicosis in November 1953 before I was born.

“I have a vivid childhood memory of waiting for the shift change at the Princess Royal Pit where he had worked and hearing the thunder of boots on the road as the miners passed our house, their faces covered in soot. 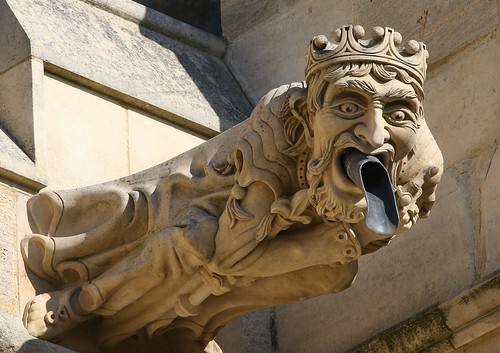 One of the original gargoyles on the cathedral.

“In memory of my grandfather and all the brave hardworking men and their families who worked in the Pits of the Dean, my wife and I are privileged to be able to assist the Cathedral in their renovation work.”

While the new gargoyles are being made possible by sponsorship, the cathedral has also launched a fundraising campaign inviting members of the public to sponsor their own cathedral stone.

Money raised from the “Living Stones” appeal will go towards the $600,000 cost of fully restoring the roof.

For a minimum donation of £25.00 ($31.00), supporters will be allocated their own stone which will be conserved as part of the project. In return, they will receive a certificate and a plan showing exactly where it is located. Donors over the age of 18 will also have the opportunity to join a scaffolding tour to see the work taking place up close and take in the stunning view. Donations can be made online.

Previous: Why Christian women are the most persecuted group in the world
Next: When does character develop in children?