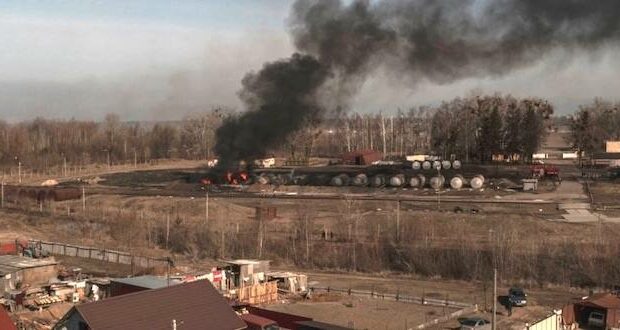 A fire at a Polish grain facility struck by missiles. Photo: video.

Not so fast, says Germany, after President Joe Biden weighed in on the Tuesday missile strike in Poland.

President Joe Biden convened an emergency meeting of G7 and NATO allies, saying that it is “unlikely” that the missile was fired from Russia.

Some observers say the U.S. is anxious to de-escalate the situation, even if it means coming to early conclusions that may not be accurate.

German Chancellor Olaf Scholz warned of racing toward conclusions and Wednesday called for a full investigation into a “Russian-made missile” strike on a Polish town near the border of Ukraine that killed two people. Early reports stated it was a balistic missile that struck the country.

“In such a serious matter, there must not be any hasty conclusions about the course of events before this careful investigation,” he said in direct response to the Biden administration.

The missile hit the Polish town of Przewodów, near the Ukrainian border, killing two workers. Reuters reports that the two victims were men who were near the weighing area of a grain facility in the village. Russia has been attempting to strangle Ukraine’s food exports as well as imports with massive strikes on infrastructure and grain facilities.

Polish President Andrzej Duda told reporters on Nov. 16 that it was “most likely a Russian-made missile.” However, he stressed that there is no concrete evidence as to who fired it.

Another option could be that the missile was intercepted by Ukrainian anti-missile systems.

Moscow denied responsibility after Poland’s Minister of Foreign Affairs Zbigniew Rau summoned the ambassador of the Russian Federation to Polish MFA and “demanded an immediate and detailed explanation.”

The incident came as Russia unleashed a barrage of missile strikes on Ukraine, including on the capital Kyiv, Lviv, Rivne, and Kharkiv, targeting energy infrastructure in the country, and causing widespread power outages

Later on Wednesday, Russia’s defense ministry said its strikes on Ukraine on Nov. 15 were no closer than 35 km (22 miles) from the Polish border, the RIA news agency reported.

Supporters of Ukraine said the rush to find Russia innocent of the missile attack underscores the reluctance of NATO to defend even its own member states against Russian aggression.