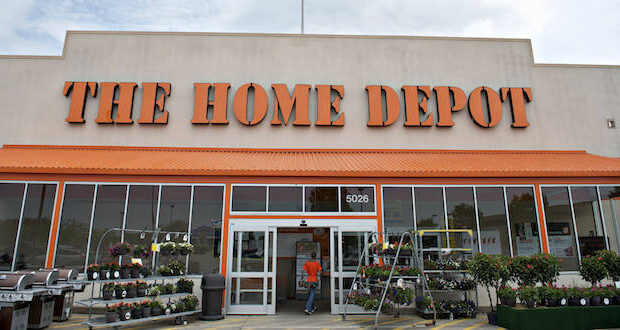 Kemp said the group is made up of political partisans who have made untrue representations about Georgia’s new voting law.

Unlike some other Georgia corporations like Coca-Cola and Delta Air Lines, Home Depot chose not to bow to pressure to speak out against the election reform bill SB 202, but instead issued a statement earlier this month saying, “the most appropriate approach for us to take is to continue to underscore our belief that all elections should be accessible, fair, and secure.”

For many consumers, that was welcome news as the public tires of companies weighing in on controversial social issues. Some companies, like Coke and Delta, have been accused of lying about what the election reform actually entails.

“I’m here today supporting my friends and hardworking Georgians at Home Depot and any other Georgia company that’s being boycotted by people that are not telling the truth about SB 202, our Elections Integrity Act,” said the Republican governor.

“They did not ask to be in this political fight. It’s unfair to them and their families and their livelihoods to be targeted,” Kemp said.

Home Depot is one of Georgia’s largest employers with 30,000 workers at 90 stores and 15 distribution centers across the state. The company was founded in 1979 by Bernie Marcus and Arthur Blank, prominent philanthropists and members of Atlanta’s Jewish community.

“For them to be targeted by this organization and these people is quite honestly hard to comprehend,” said Kemp.

Kemp said the accusation that Georgia’s voting law is “Jim Crow 2.0” is simply untrue. “This bill makes it easy to vote and hard to cheat,” he said.

He said there is a “political motive” driving the campaign against the state’s Election Integrity Act.

“To act like this is some broader mission for the greater good is not true. It’s not factual. There’s a political agenda here, and it all leads to Washington, DC,” said Kemp.

“This is not about Georgia’s election law. This is about a movement at the national level to nationalize elections and to have an unconstitutional takeover of state elections,” he said.

A protest organized by local pastor Jamal Bryant has come under fire after revelations of his connections to the Nation of Islam. Bryant, pastor of New Birth Missionary Baptist Church, spoke at the event encouraging businesses and do-it-yourselfers to purchase goods elsewhere.

Three weeks after Good Friday, “we are in fact shuddering at the possibility that if Home Depot was open, they would have sold the nails and hammer to crucify Christ, because they are against dignity and justice for all,” said Bryant.

Fox News reported Wednesday that Bryant has been a vocal supporter of anti-Semitic Nation of Islam leader Louis Farrakhan.

“I’m so appreciative to be able to mark in history that I lived in the same chasm of time as one of the greatest leaders of our people,” Bryant said of Farrakhan in a 2015 interview.