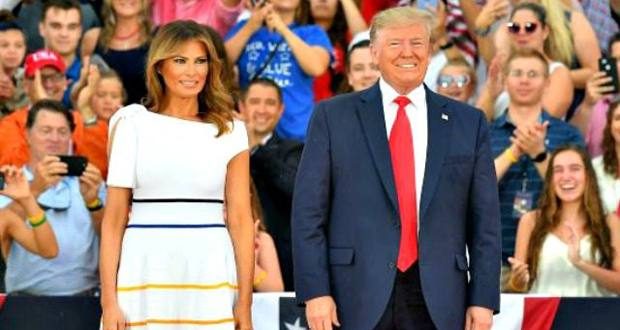 After  two years of the familiar chant for “Impeachment,” House Democrats couldn’t muster enough support in their own party Wednesday to start the process. Instead, they voted to table Rep. Al Green’s resolution effectively killing the measure as Democratic leaders remain opposed to impeachment.

In the 332-95 vote, 137 Democrats joined 194 Republicans in sidelining the impeachment resolution. Just 95 Democrats backed the effort.

The vote was seen as a “put up or shut up moment” for Democrats, according to political analysts. Public opinion, which is overwhelmingly against impeachment, may have forced the Dems to back down ahead of the 2020 election.

Even among Democrat voters there is no stomach for impeachment with just 52% supporting it while almost 1 in 5 democrats are opposed.

This vote is the first time Green has introduced an impeachment resolution while Democrats hold the House majority. But it’s the third time Green’s efforts have been tabled after unsuccessful attempts in December 2017 and January 2018.

Green, who is one of the strongest proponents of impeachment within the Democrat caucus, introduced articles of impeachment on Tuesday night as a privileged resolution, which forced consideration of the measure within two days.

Green’s most recent push comes amid Trump’s recent tweets targeting four members of Congress – Reps. Alexandria Ocasio-Cortez of New York, Rashida Tlaib of Michigan, Ilhan Omar of Minnesota and Ayanna Pressley of Massachusetts – telling them they should “go back and help fix the totally broken and crime infested places from which they came.” All four members are U.S. citizens.

The impeachment resolution comes on the heels of the House voting Tuesday along party lines to adopt a resolution condemning the president’s tweets as “racist.” But Green argued that the resolution doesn’t go far enough in denouncing his rhetoric.

The House condemnation was not with out it’s own problems.

Brought against the president for what Democrats as the President’s trampling the decorum of the office, the vote and debate itself broke House rules established since the founding of the country.

Speaker Nancy Pelosi, taking from the House floor, disparaged the President as a racist. That type of name calling is not something that members of Congress are allowed to do against one another with some having been censured for it in the past.

The words of Pelosi and other Democrats put the House in a position of using using the same tactics to bring the censure that they were supposedly condemning.

The censure and impeachment vote made it a busy week for Democrat leaders who have described themselves as in the middle of a civil war over the direction of the party with those calling for impeachment breaking with party leaders.

The House had several options in responding to Green’s privileged resolution: taking up the impeachment measure, tabling it or sending it to the Judiciary Committee. Democratic leaders including House Speaker Nancy Pelosi of California have remained opposed to impeaching Trump. At least 85 Democrats back an impeachment inquiry, though some still don’t support immediately pursuing impeachment.

“With all respect for Mr. Green, we have six committees working on following facts in terms of any abuse of power and obstruction of justice the president might have engaged in,” Pelosi said at a press conference earlier on Wednesday. “That’s the serious path we’re taking.”