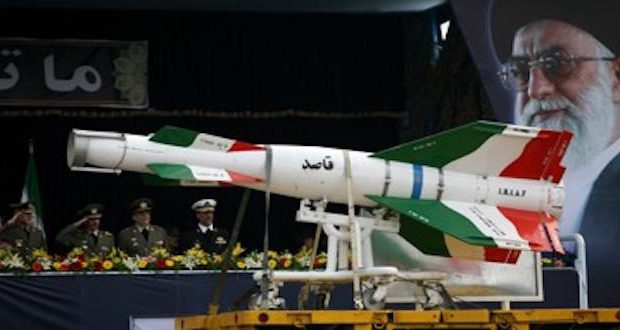 “The American people expect this administration to live up to its word; number one, keep us safe and keep American interests safe,” Rep. Scott Perry, R-Pa., said.  “It seems in both these cases that’s not occurring at any level. That’s not occurring at the U.N. with Ambassador Greenfield, regarding the Human Rights Council and this never-ending investigation and condemnation of Israel, our greatest ally in the Middle East, and it’s certainly not happening with Iran’s nuclear intentions.”

View PostIran later breached many of the deal’s nuclear restrictions and kept pushing well beyond them.

Senator Ted Cruz and the other senior Republican senators told Biden that implementation of any new deal would be “severely, if not terminally hampered” if he did not meet statutory obligations aimed at ensuring congressional oversight over revisions or changes to the 2015 Iran nuclear accord.

The letter to Biden requests an explanation of his contingency plans if nuclear negotiations with Iran fail to produce an acceptable outcome for U.S. security interests. Biden said last week that “it’s not time to give up” on talks to revive the 2015 nuclear deal from which the United States withdrew in 2018 under former President Trump. U.S. Secretary of State Antony Blinken indicated last week that the deal is on shaky ground and the United States is ready to look at other options. Last month, Blinken said the Biden administration is preparing alternatives if the talks fail.

“Given your stated proclivity for contingency planning, we implore your complete dissolution of talks with Iran,” the letter to Biden said. “Your administration’s puzzling insistence on forging a nuclear agreement with a state sponsor of terrorism, which has used the past year to develop its own nuclear program as a result, is perhaps an indication that there is no Plan B for when discussions inevitably fall apart.

“Iran is governed by a radical Islamic terrorist organization, the foremost goal of which is the establishment of regional hegemony, and it will use whatever resources at its disposal and employ whatever policies are needed to meet that objective. Notwithstanding Secretary Blinken’s pronouncements that America is seeking ‘a longer, stronger deal with Iran,’ it is clear to anyone living in reality that the Iranians have absolutely no intention.

Previous: Rasmussen reviews key polls from January
Next: CNN sex scandals and getting our own house in order